This fish kill is likely caused by a low dissolved oxygen (DO) event, although scientists are still investigating. Dissolved Oxygen is the amount of oxygen available for all life in the water, both plants, and animals. DO levels are one of the key indicators of how healthy a body of water is. Low DO levels are a common cause of fish kills, especially in the summer when water is very warm and possibly also polluted. Fish and plants essentially “suffocate” without enough oxygen to breathe in the water. 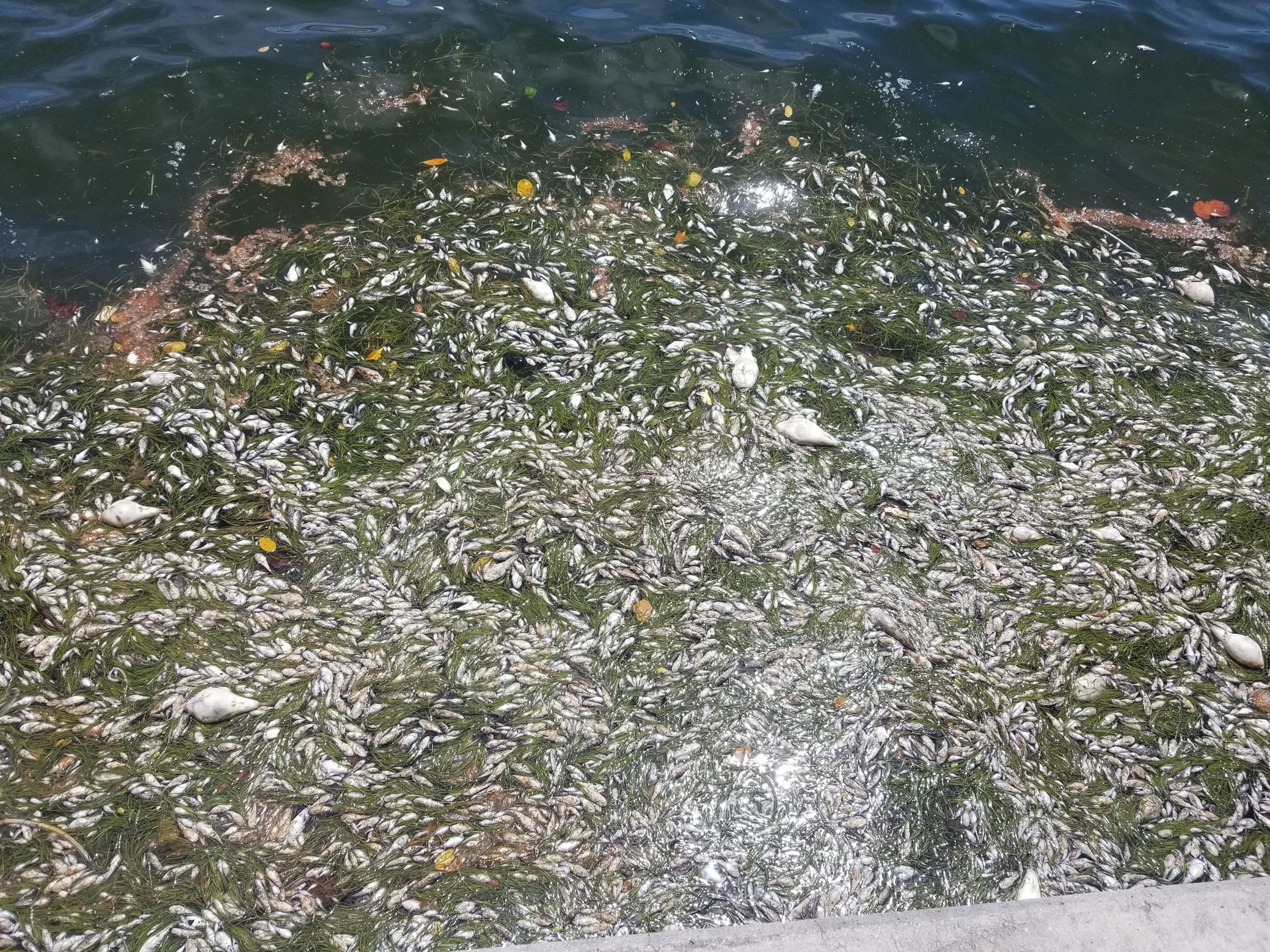 Low DO levels in nutrient-rich water can create “dead zones” in water bodies, especially in the summer, as warmer water holds less oxygen. Nutrient pollution makes the Bay more vulnerable to increasingly-high temperatures and other stressors.

Algae blooms can lead to low oxygen conditions, which is why we have been working to stop algae growth and decrease nutrient pollution in Biscayne Bay. These blooms can be caused by too many nutrients like phosphorus and nitrogen in the water. Nutrients such as these can be found in sewage, septic tank effluent, fertilizers, pet waste, and stormwater runoff. 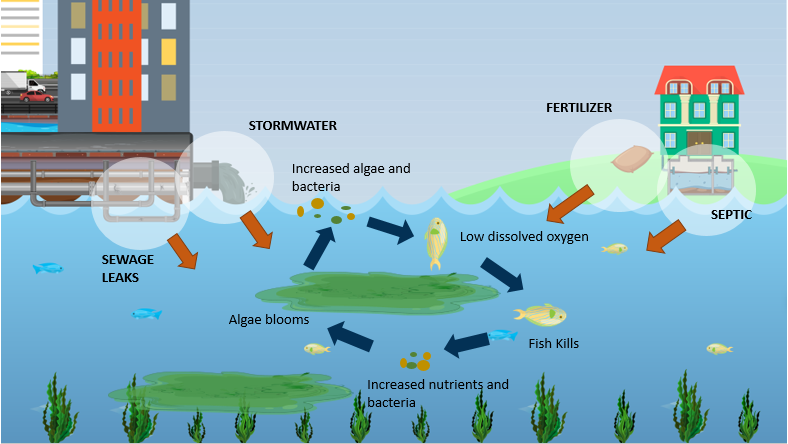 Scientists have been warning about this for years. In August 2019, scientists released a study that reviewed 20 years of data and found that Biscayne Bay is facing a regime change. This means that the bay is changing from a seagrass dominated ecosystem to an algae dominated one. This can be difficult -- if not impossible -- to reverse. We have already seen some initial changes in the Bay including a loss of 21 square miles of seagrass. In some areas, 80-90% of the seagrass has already disappeared.

Algae blooms happen when there are too many "nutrients" like nitrogen and phosphorus in the water. These nutrients can fuel algae in the water to bloom and can lead to the reduction of water clarity, fish die-offs, human health risks, and the loss of biodiversity.

The foam and blooms are most likely the result of the decay of so much marine life, i.e., seagrasses and fish, in an already-stressed system. The algal blooms could be a secondary effect of the fish kill.

The fish kill event coincided with high flows from the Little River canal this year – over 3.5 times the 10-year average since May. While Biscayne Bay needs freshwater inputs, canal water can have high nutrient and bacteria levels acquired as it passes through urbanized areas on its way to the Bay. We are looking closely at the quality, quantity, and timing of input from canals. In the future, flow timing and quantity could be adjusted to potentially minimize the chance of fish kills. 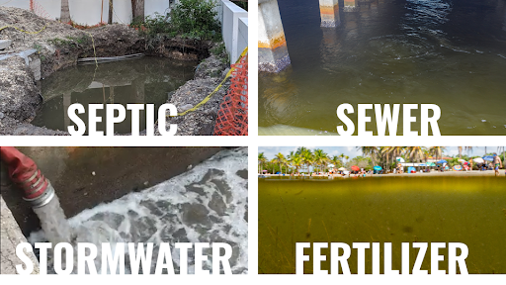 Scientists believe that land-based sources of pollution are a large contributor to this problem. Such sources include stormwater runoff which contains nutrients from sewage, septic tanks, fertilizer, and other contaminants or chemicals. Fish kills and algae blooms have occurred in other parts of the country, but have not been seen on this scale in Biscayne Bay in recent memory.