As waters rise, so will the chances of septic system failure in South Florida. Approximately 9,000 septic tanks in Miami-Dade County are currently vulnerable to compromise or failure, according to a new Plan of Action Report issued by Mayor Daniella Levine Cava on December 10, 2020. This report, a follow-up to the 2018 County report on septic tank vulnerability, takes a hard look at Miami-Dade’s septic systems in light of rising sea levels and the known risks septic failure poses to human and environmental health.

Ideally, septic tanks handle waste by expelling liquid into dry soil that filters out any harmful waste before the liquid reaches the aquifer, where our drinking water comes from. However, the ground under us in South Florida is primarily porous limestone - meaning that water moves much more quickly through the ground than in other areas of the country. With rising seas and worsening storms, septic tanks drive more and more waste into the aquifer– threatening our water resources. 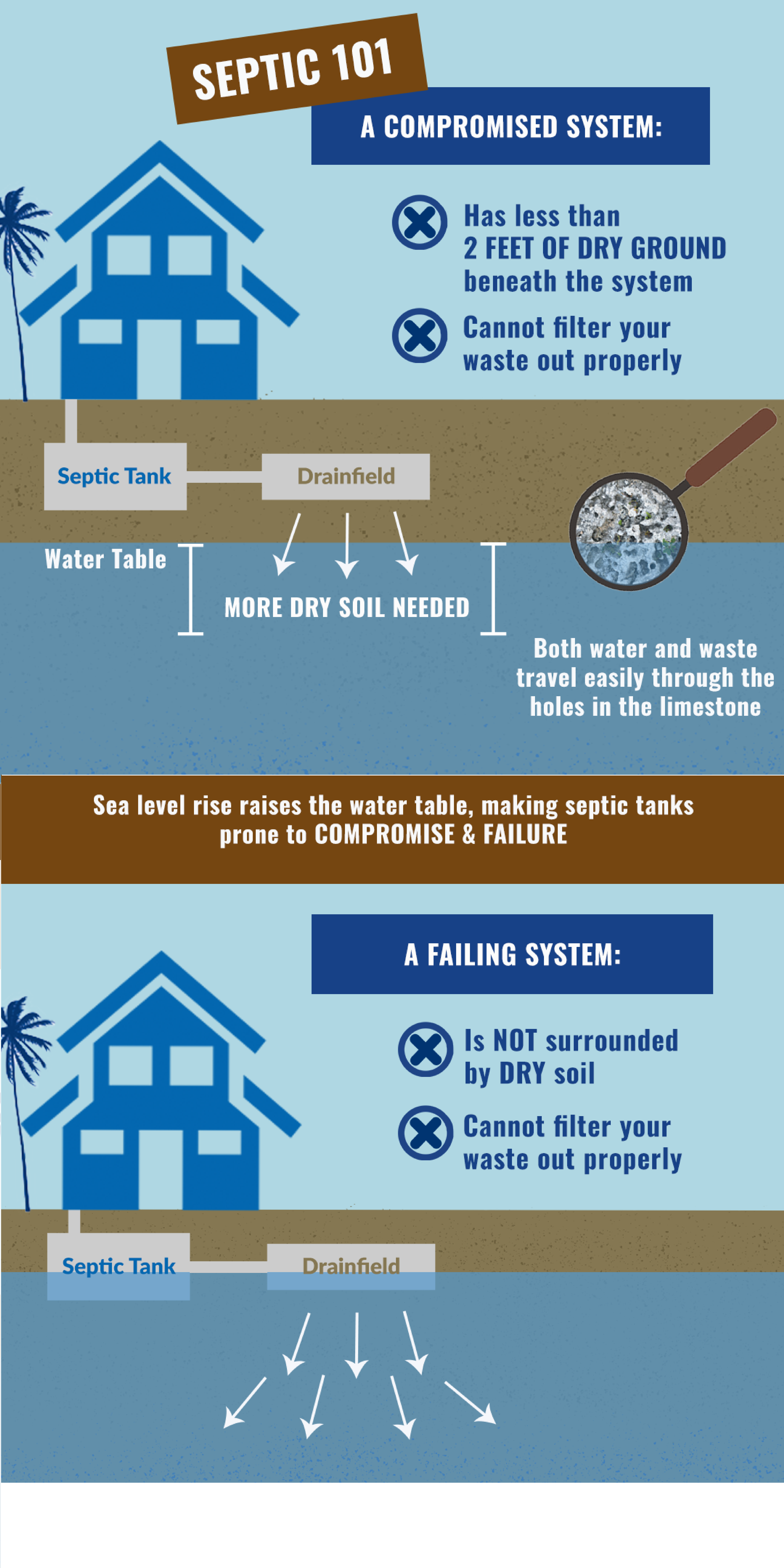 The Biscayne Aquifer and Biscayne Bay, crucial water systems the County report acknowledges as “extraordinarily sensitive,” can be protected by mass conversion from septic tanks to the public sewer system. The report further notes that an additional 13,500 septic tanks would become vulnerable to compromise or failure by 2040. The report recommends immediate conversion of vulnerable tanks near existing sewer infrastructure, and the eventual conversion of all tanks deemed vulnerable by 2040.

But, there's much more to be done! Visit our Stop Septic Pollution campaign page to learn more about this issue and how you can take policy action to protect South Florida's water resources from the polluting impacts of septic tanks.