This graphic illustrates the relationship between sea level and groundwater level.

In a functioning septic system, liquid waste - or, effluent - in the septic tank empties into the drainfield. From the drainfield, that liquid waste filters down through a layer of dry soil. The key there is dry soil. According to the Florida Department of Health, the minimum amount of space between the bottom of the drainfield and the water table is 24 inches during the rainy season. When the groundwater rises, that space of dry soil between drainfield and water tables shrinks, the soil goes from dry to soggy. Liquid waste doesn’t filter through soggy soil properly. When the soil is permanently soggy, the wastewater flows through it quicker which cuts down on filtering time, allowing the wastewater to enter the groundwater and aquifer without being properly filtered. This means contaminated water, rather than completely treated wastewater, enters the aquifer and can contaminate drinking water. 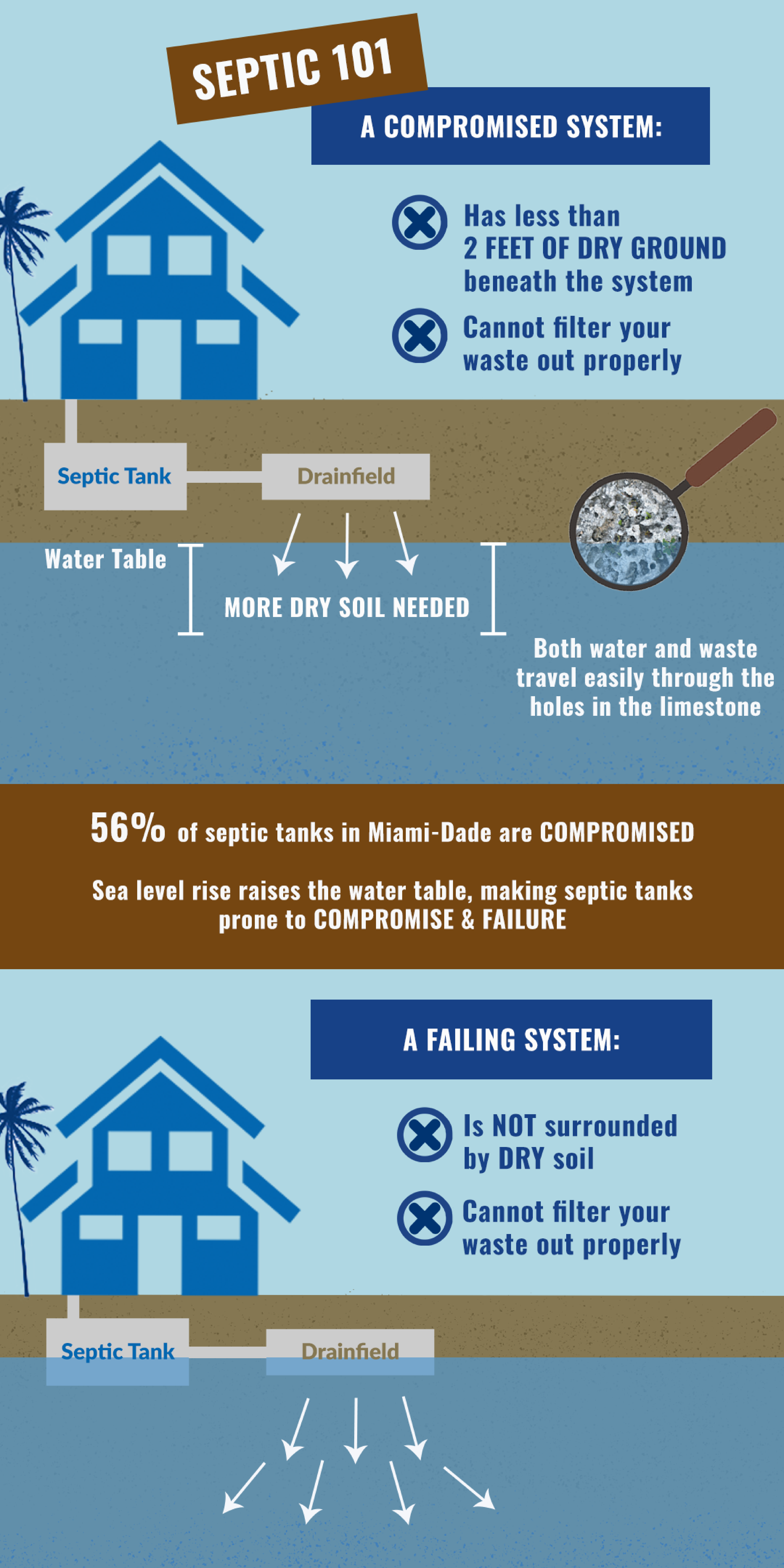 These two figures offer a visual of how rising groundwater can compromise existing septic tanks.

With over 100,000 properties using septic tanks, Miami-Dade County has a significant threat on its hands. We know that more than half of properties on septic currently do not have properly functioning sewage treatment. And, coastal homes aren’t the only ones at risk when it comes to septic tanks. In Coral Gables, there are 2,930 septic tanks, 260 of which will have periodic problems by 2040 due to sea-level rise. Of the 5,088 homes with septic tanks in Pinecrest, 1,808 will also have periodic problems by 2040. 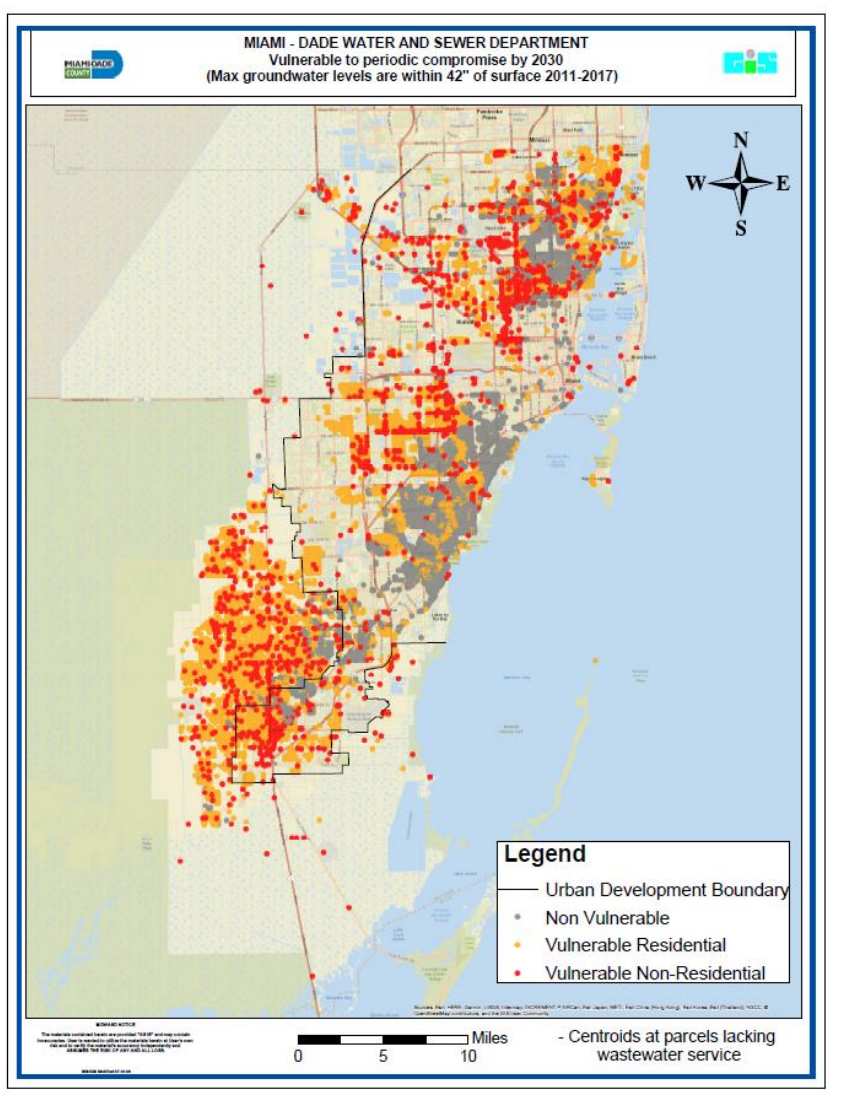 This map shows the areas in Miami-Dade County with vulnerable septic systems.

As the 2018 County report states, “[s]eptic systems were not designed with the assumption that groundwater levels would rise gradually over time.” Not accounting for future gradual changes has already caused 58,000 residential septic systems to be “periodically compromised” by wet seasons and storm conditions that can cause rising groundwater. It is urgent that these compromised septic systems are prioritized for inspection, maintenance, repair, and ultimately -- conversion to the sewer system.