For an update on this issue, check out or July 2020 Action Alert here.

Properties throughout South Florida are continuing to face the reality of rising sea levels and storm surge. Increased flood frequency levels and inundation are becoming the norm -- threatening neighborhoods to the east and west of Biscayne Bay. Local municipalities and governmental agencies are beginning to strategize and plan for a “sea-level rise ready” community. The U.S. Army Corps of Engineers is currently making headway on the planning stages of the Miami-Dade Back Bay Coastal Storm Risk Management Study. The Corps is examining projects through two studies: one looking at the eastern or ocean side of the Bay, and one to the western coast, including a highly urbanized part of Miami. This study aims to consider flood-prone areas in the county such as Little River, Miami River, Cutler Bay, Arch Creek, and Aventura. Projects range from installation of seawalls, artificial breakwaters, and often concrete structures to absorb wave action, commonly referred to as “grey infrastructure." 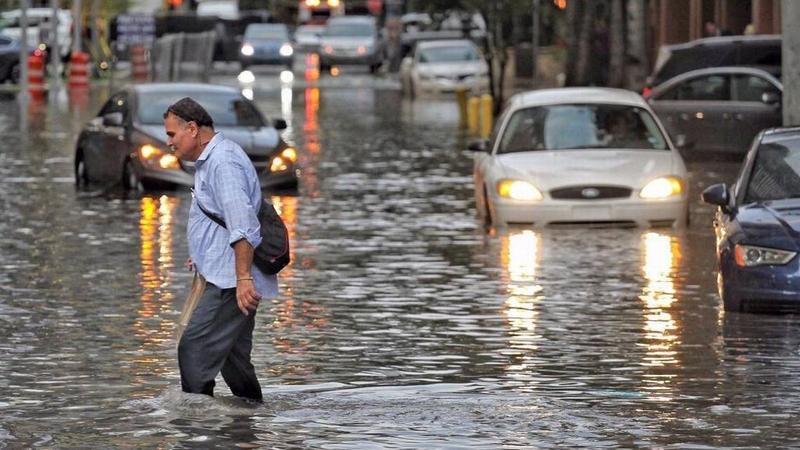 After in-depth review and research, Miami Waterkeeper commented in January 2019 that this $3 million study seems to prioritize economic interest over community or environmental benefit. In addition, Miami Waterkeeper, Catalyst Miami, and the Miami Foundation submitted further comments to the Corps in October of 2019 regarding additional inequitably elements of proposed projects. And in May of this year, the Corps replied to our areas of concern.

Miami Waterkeeper’s initial recommendations to the Corps called for completing an Environmental Impact Study (EIS) rather than an Environmental Assessment (EA), prioritizing natural and nature-based features (NNBF) as part of any risk reduction strategy, and measuring potential benefits in an equitable way that is not simply based on real estate values. The comments also highlighted that the Corps should take the unique geological and hydrological characteristics of South Florida into account.

The Corps responded in June 2020 saying that “[t]he document has been prepared as an integrated feasibility study/programmatic EIS. The term “programmatic” indicated this is a broad or high-level NEPA document and not a site-specific NEPA document.” With respect to our recommendation to prioritize Natural and Nature-Based Features (NNBF), the Corps said there is potential for mangrove restoration in Cutler Bay and this option will be evaluated further. Lastly, the Corps stated, “The feasibility study considers a 10% level of design with technical reviews of the report conducted by experts from various disciplines including engineering and that more detailed analysis and design will occur in later phases of the project.”

Miami Waterkeeper, Catalyst Miami and the Miami Foundation further expressed the following comments of concern: 1) ensure projects will do no harm to existing communities and infrastructure; 2) define and expand community vulnerability considerations; 3) expand the review of critical infrastructure; 4) focus on projects with multiple benefits; 5) focus on the proposals with local support; 6) evaluate green infrastructure projects.

The Corps’ responded to our comments in June 2020 with the following:

High-value properties are more likely to benefit from the above protection features, often at the expense of historically vulnerable communities. In addition to constructing various entities of “grey infrastructure,” the Corps may also recommend elevating homes that are vulnerable to inundation or buying out land in these often lower-income areas. These buyouts underscore environmental justice concerns given that certain communities are already beginning to absorb the cost of climate gentrification, and will only face added pressure with the Corps’ agency actions. An Executive Order requires the Corps to equitably address environmental impacts on minority populations -- requiring nondiscriminatory enactment of storm risk mitigation strategies. Flooding, and its ability to present a public health risk, see no boundaries; all communities can and will be affected throughout South Florida.

Read more on the Miami Back Bay Feasibility study HERE.