Thanks, but no tanks! MWK comments on state septic rule-making

Miami-Dade County has known for over 50 years (!) that septic tanks in our urban, low-lying coastal area and atop our porous drinking-water aquifer are dangerous to public and environmental health. In 1970, the Federal government conducted a study (citation below) reporting that “Septic tanks, widely used in Dade County, are public health hazards and contribute to over-fertilization and algal nuisances in adjacent waterways.” The study further stated that new septic tanks should no longer be constructed and that county-wide sewage collection and treatment systems should be expanded.

We agree. Septic systems were a problem in 1970, and they are  a problem now. South Florida’s geology is porous and rapidly transmits groundwater without a lot of natural filtration through soil and rocks. Moreover, not all people maintain or have the means to maintain their systems.

The contamination from leaky, old septic systems has likely led to increased algae in waterbodies, loss of seagrass in Biscayne Bay, lowered oxygen levels, and the recent alarming fish kills. With seas rising throughout this century, many septic systems will become even more of a hazard to human health and our waterways; tanks flooded by water from above or below will render them ineffective. This means that raw sewage carrying pathogenic bacteria and viruses can back up into homes or enter the floodwaters that people will have to wade through -  before the sewage eventually reaches the Bay.

When the Florida Department of Environmental Protection (FDEP) asked for public comments on septic system permitting, we sent a detailed letter that emphasized  these concerns. Miami Waterkeeper’s comments are intended to advise FDEP on how to set science-based setback distances so that septic systems are placed away from sensitive waterbodies, rising groundwater, and encroaching seas. Please read our letter here. 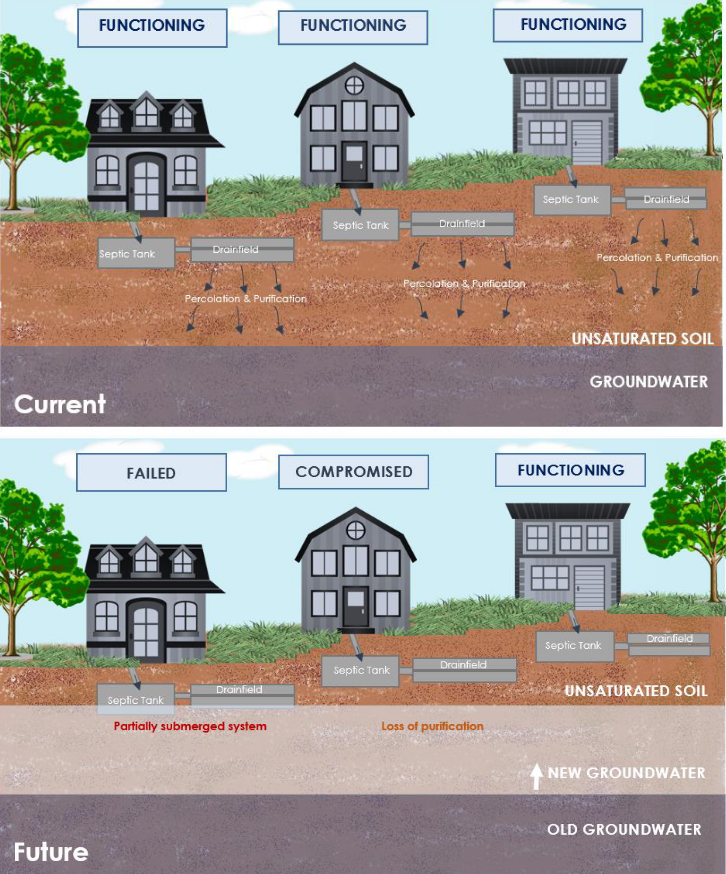