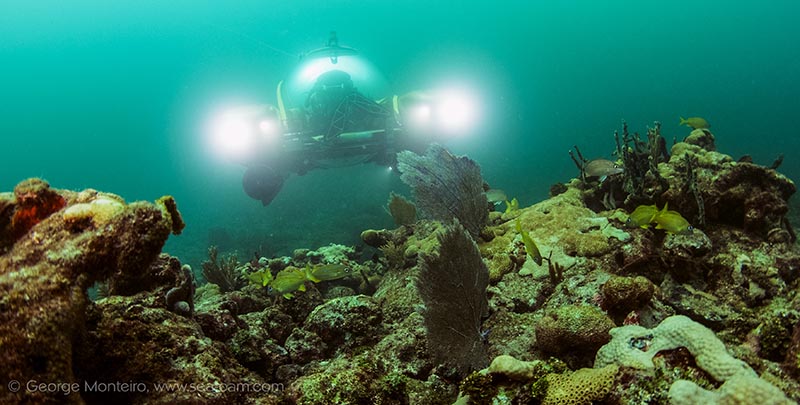 So, on March 21-22, we took action. We teamed up with Project Baseline and Philippe Cousteau, grandson of Jacques, to host a two-day event focused on the reefs at risk from the upcoming Port Everglades expansion. Over 20 news articles came out about the event, helping us to raise awareness about the importance of these corals. This is the only coral reef in the continental United States, and these corals are disappearing faster than we can study them, declining by over 80% since the 1970’s. One of the submersible dives yielded an incredible find: a rare pillar coral (Dendrogyra), which was listed for protection under the Endangered Species Act just this year. Unfortunately, this species was decimated by a recent disease event and many remaining colonies died this past summer. The colony that we found, however, is healthy and could be a hardy strain useful in conservation efforts. 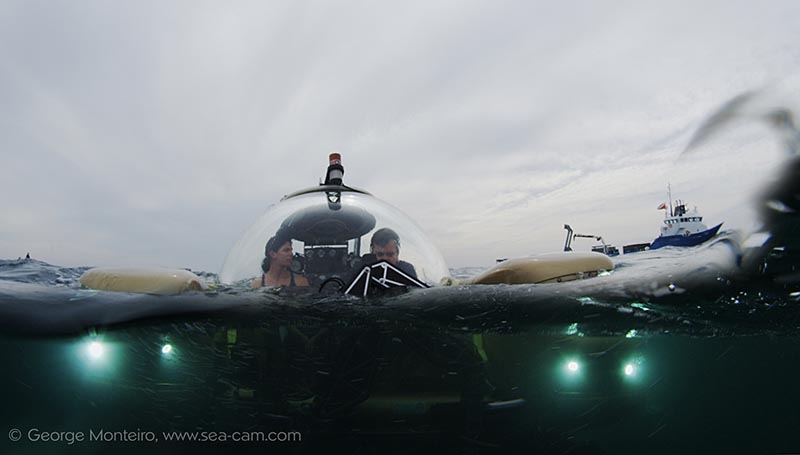 The Army Corps has consistently ignored our repeated requests to update their project to include more reef protections at Port Everglades. We can’t allow that same devastation to happen again. We are telling everyone who will listen about the problems with this plan. Citizen scientists from Project Baseline will help us to continue to monitor the reefs before, during, and after Port Everglades. All tools continue to be on the table, and we won’t stop until Florida’s valuable and rapidly disappearing corals are protected. 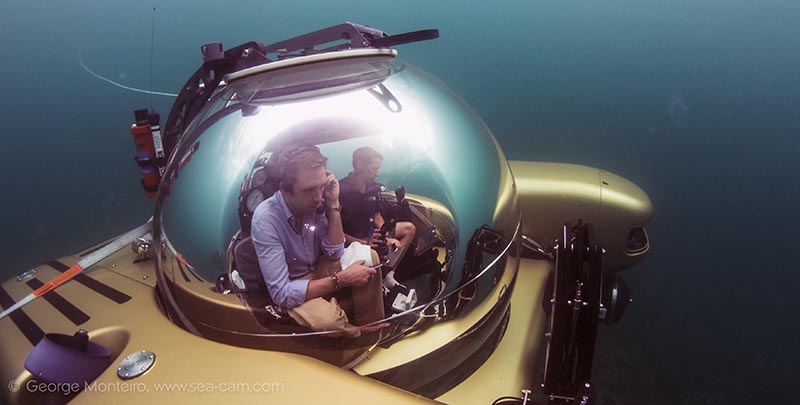