You may have heard the term "King Tide" in the news recently. But, what exactly is this tidal event? King tides are the highest high tides of the year and, according to the Environmental Protection Agency, they occur when the "orbits and alignment of the Earth, moon, and sun combine to produce the greatest tidal effects of the year." These major tidal events occur once or twice a year and can often cause coastal flooding in low-lying areas of South Florida. 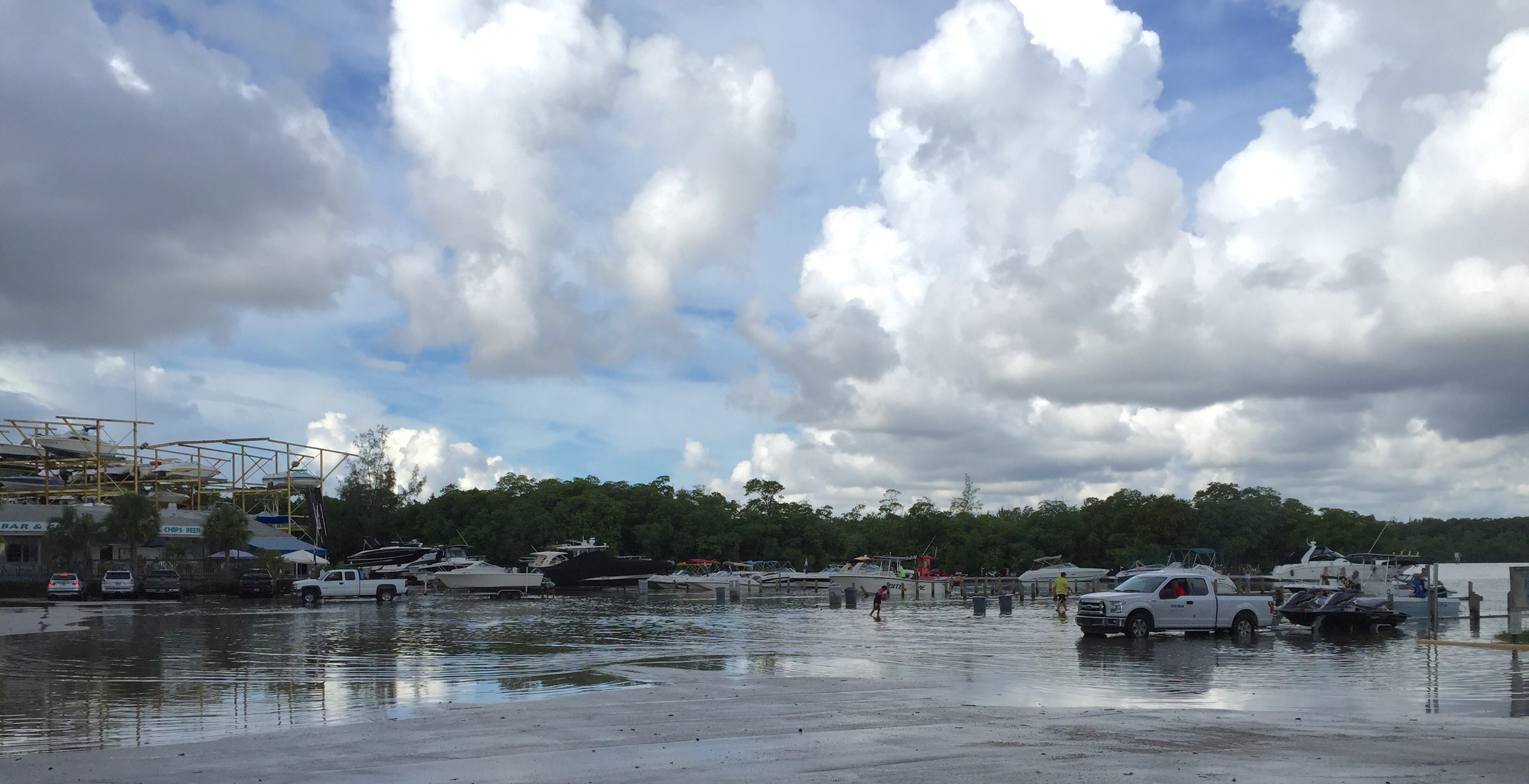 King tide waters can also collect pollutants while on land. They may pick up chemicals like oil and gas from the street and fertilizers from lawns. When the tidewaters recede, these pollutants can be carried back into coastal waters and can lead to increased pollution. Chemical pollution can cause harm to wildlife in Biscayne Bay, and the increase of nutrients from fertilizer lost as runoff can contribute to the creation of algae blooms in the Bay.

As sea levels continue to rise, these king tide flooding events will grow worse over time because daily tidal water levels will allow the King Tides to reach further inland than ever before. This means more water from the coast could be interacting with land-based pollutants, potentially leading to increased pollution of our coastal waters.

This year, king tides will occur on the following dates:

The flyer explains that king tides usually occur annually and predictably from September through November in Miami and it includes a map that shows highlighted areas of Miami that are susceptible to flooding. Do you notice any at-risk flooding areas that aren't included in the map? Let us know by dropping a comment below.