Dissolved oxygen (DO) is the amount of oxygen available for all life in the water -- both plants and animals. DO levels are one of the key indicators of the health of a body of water. Low DO conditions can often result from excessive algal and bacterial build-up, which results in more DO being used than is being produced. Low DO levels in nutrient-rich water are a known cause of fish kills and “dead zones” in waterbodies, especially in the summer, as warmer water holds less oxygen. Nutrient pollution makes the Bay more vulnerable to increasingly-high temperatures and other stressors. Fish kills and algae blooms have occurred in other parts of the country, but have not been seen on this scale in Biscayne Bay in recent memory. 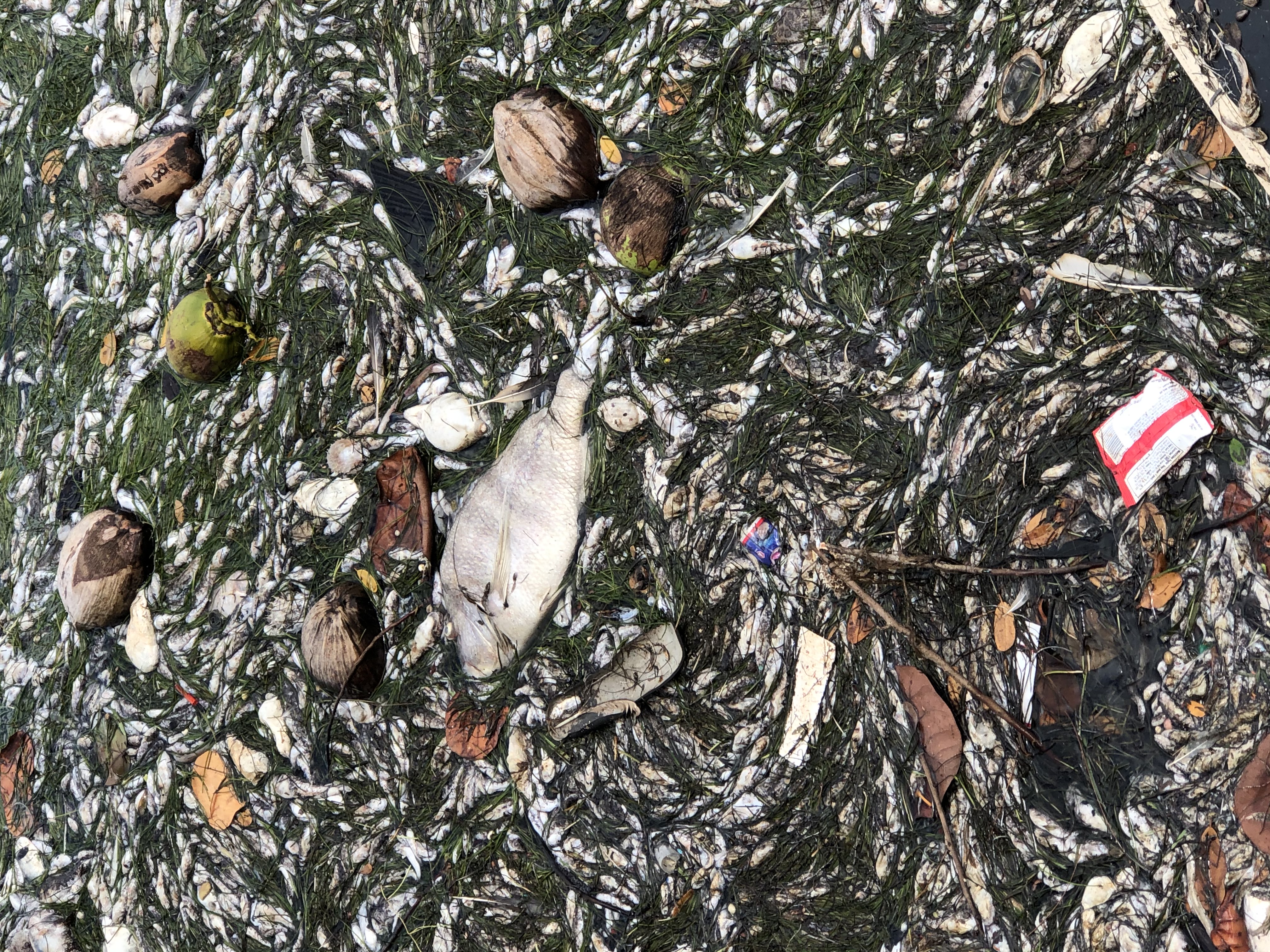 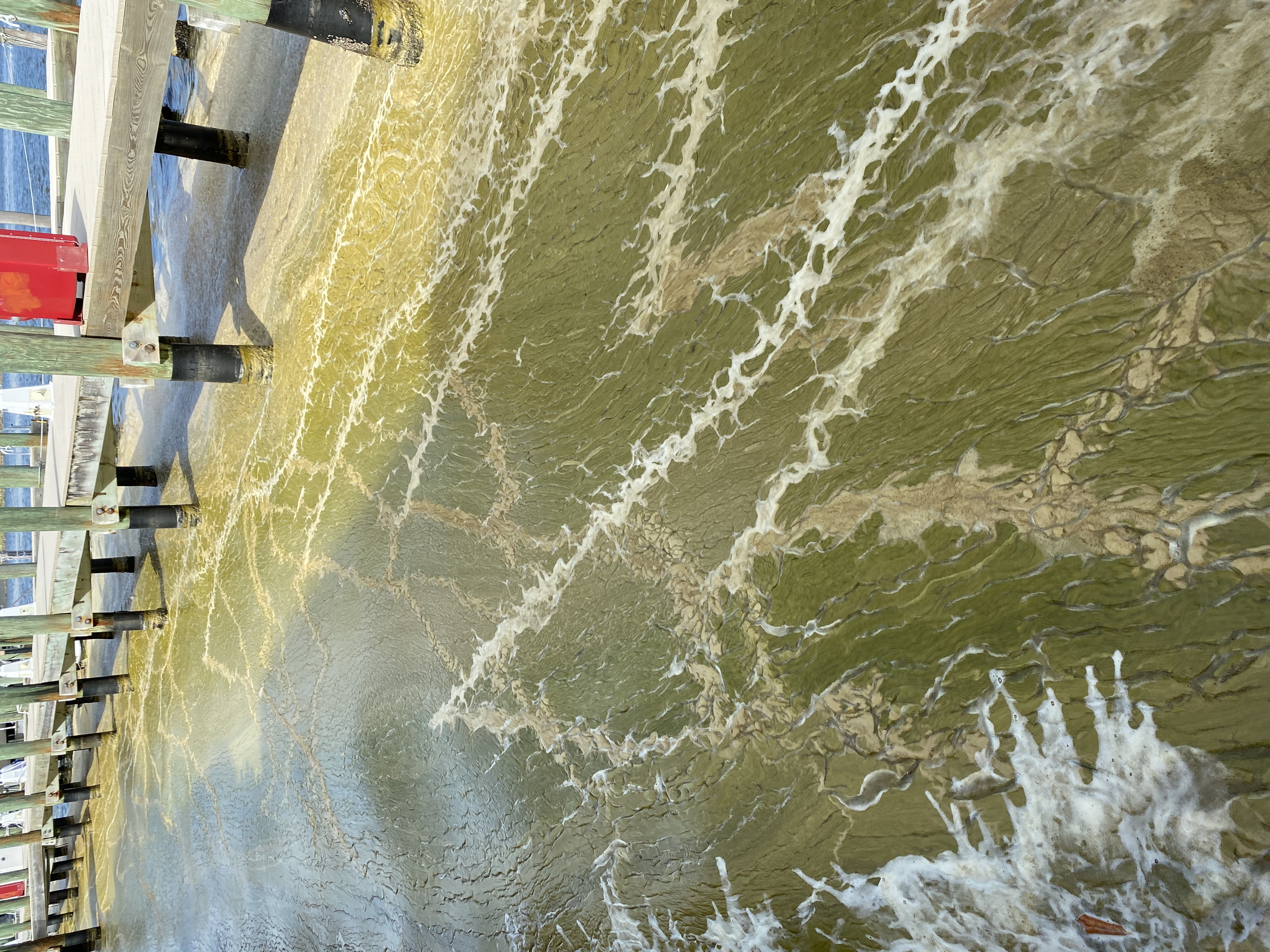 Some areas of Biscayne Bay have also lost over 80% of their seagrass over the last few years, with some of the worst losses occurring in northern Biscayne Bay – the same area experiencing this recent fish kill. The seagrass die-off and the fish kill likely have the same underlying cause: excessive nutrient pollution.

On August 21st, we also began receiving reports of a white foam and severe algae blooms in northern Biscayne Bay. The foam and blooms are most likely the result of the decay of so much marine life, i.e., seagrasses and fish, in an already-stressed system. The algal blooms could be a secondary effect of fish kill.

The fish kill event coincided with high flows from the Little River canal this year – over 3.5 times the 10-year average since May. While Biscayne Bay needs fresh water inputs, canal water can have high nutrient and bacteria levels acquired as it passes through urbanized areas on its way to the Bay. We are looking closely at the quality, quantity and timing of input from canals. In the future, flow timing and quantity could be adjusted to potentially minimize the chance of fish kills.

The remedy for the seagrass die-off, fish kills, and algae blooms must be addressed by curtailing sewage leaks, converting septic tanks to centralized wastewater treatment, cleaning and treating stormwater, and reducing fertilizer overuse.

Executive Director, Friends of the Everglades

To read more about the fish kill and algae bloom, click HERE and learn more about Miami Waterkeeper's ongoing campaign.