Seagrasses are one of Biscayne Bay’s critical habitats. Seagrass beds serve as a food source, a habitat for small marine organisms, and they regulate water quality by stabilizing sediments and cycling nutrients. However, seagrass cover in the Bay has drastically declined over the last decade. Miami-Dade County’s recent report, “Report on the Findings of the County’s Study on the Decline of Seagrass and Hardbottom Habitat in Biscayne Bay,” highlights underlying factors that are causing these die-offs and provides a series of recommendations to help direct the County's approach moving forward. Read the full report and list of recommendations HERE. 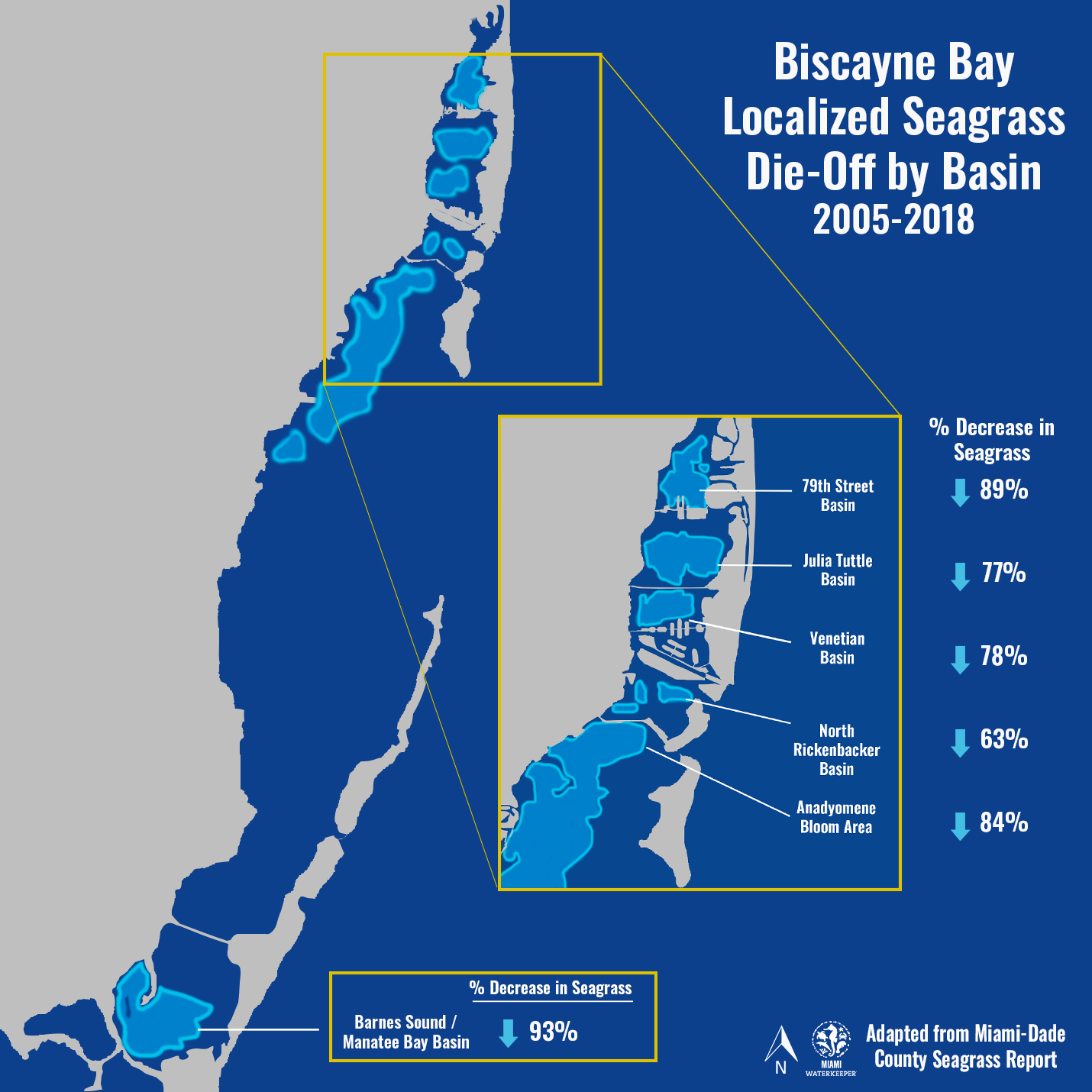 Seagrass coverage over the last 10 years:

Seagrass coverage has significantly declined in Biscayne Bay over the last 10-20 years. The most notable area in Biscayne Bay experiencing this decline is near the Julia Tuttle Causeway. Seagrass coverage decreased by nearly 90% in some areas around the Causeway. The problem with seagrass decline is that once it's removed from the ecosystem, it's very hard to restore and recover.

High volumes of nutrients from leaky septic systems and sewage spills (SSOs) as well as fertilizer runoff are a few of the contributing factors causing the decline in seagrass coverage. As an estuary, Biscayne Bay requires both fresh and saltwater to support its diverse ecosystem. While the Bay receives freshwater through the region's intricate canal system, the quality of that freshwater can be poor. This poor water quality is having measurable impacts on the Bay and is likely contributing to the localized seagrass die-offs we are seeing in the Bay.

Interested in learning more about how you can improve local water quality? Read more HERE.