And That's A RAP!

Reasonable Assurance Plan, That Is!

We are excited to tell you about a potential game changer for the Bay. What if there was plan out there that could coalesce our major campaigns into one, funded package? What if there was state oversight on plans to clean up and improve our inadequate stormwater systems, septic tanks, and leaky sewer lines?

Enter the Reasonable Assurance Plan, a vehicle sanctioned by both state regulation and the federal Clean Water Act, that allows localities to put together their own plans to clean up a watershed with state funding on an expedited time frame.

First, we want to talk about what the challenges are. You’ve heard us expound on the fact that the Bay is struggling because of nutrient pollution, and we are at a tipping point where the Bay has absorbed so much nitrogen and phosphorus that it may never recover. The biodiverse ecological communities that existed here decades ago—the natural splendor that made this Bay famous--are being fast replaced by algae and barren, silty “nothing”.

At the same time, panel after commission after confab reaches the same conclusion: the Bay is polluted and we need to do something about it. We need projects to address nutrient pollution and shut off the sources of nitrogen and phosphorus draining into the bay.

In our opinion, one of the greatest challenges is money. Consider that transitioning septic tanks in the county to municipal sewer, consider that upgrading the outdated sewage system--these are projected to cost billions of dollars. The County doesn’t have all the money to clean up the Bay.

What is a Reasonable Assurance Plan?

When state water bodies start showing signs of pollution, Florida is supposed to study them. If things get worse, the water body is formally declared “impaired,” like Biscayne Bay was in 2017.

After that, the state sets standards for how much pollution is allowed, known as a total daily maximum load. The next step is a plan to clean up that water through a basin management action plan or “BMAP”. This top-down, state-driven effort is a long process.

Enter the RAP.  This is a formal, state-approved and state monitored plan to clean up and restore the Bay. With fewer steps, it is an alternative to the much longer BMAP process. It relies on bottom-up stakeholder support. 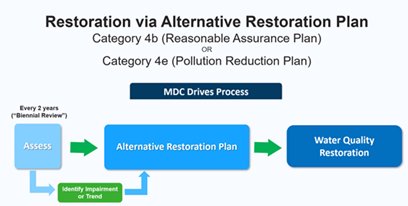 Why does it matter?

The state has told us there are significant benefits to a RAP:

And, of course, the RAP designation will open up the county to state-level funding that it doesn’t yet have access to.

However, one of our main concerns is scientific integrity.  With an expedited timeframe, we need to ensure that the Reasonable Assurance Plan is underpinned by sound science and modeling—and  those complex studies take time.

The County staff is under a directive to put together the RAP on an expedited timeframe.  They have recently finished drafting a “Phase I” RAP  that covers a very limited range (see figure below), with plans to expand the geographic scope in future years. The RAP team proposes to cover the entire county under the RAP by 2026.

Miami Waterkeeper and our friends at Everglades Law Center have reviewed Phase I and provided a technical comment letter back to the County RAP team. The County RAP team has included our comments  in the final RAP document for official submittal to FDEP for final review and adoption on September 30, 2022.

Moving forward with the RAP

Stay tuned for our updates. Public participation and stakeholder engagement will be crucial to the RAP’s success. We will convey any opportunities to comment publicly on future phases of the RAP through our platforms. With full participation, robust scientific underpinning, and funded projects to clean up water quality, this Plan could be a game changer for the Bay. 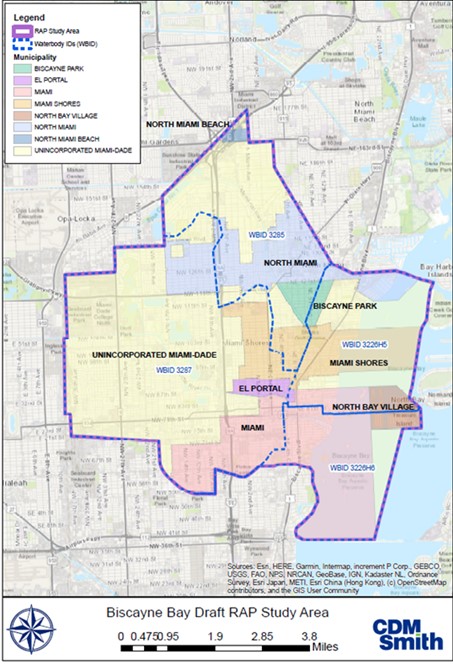