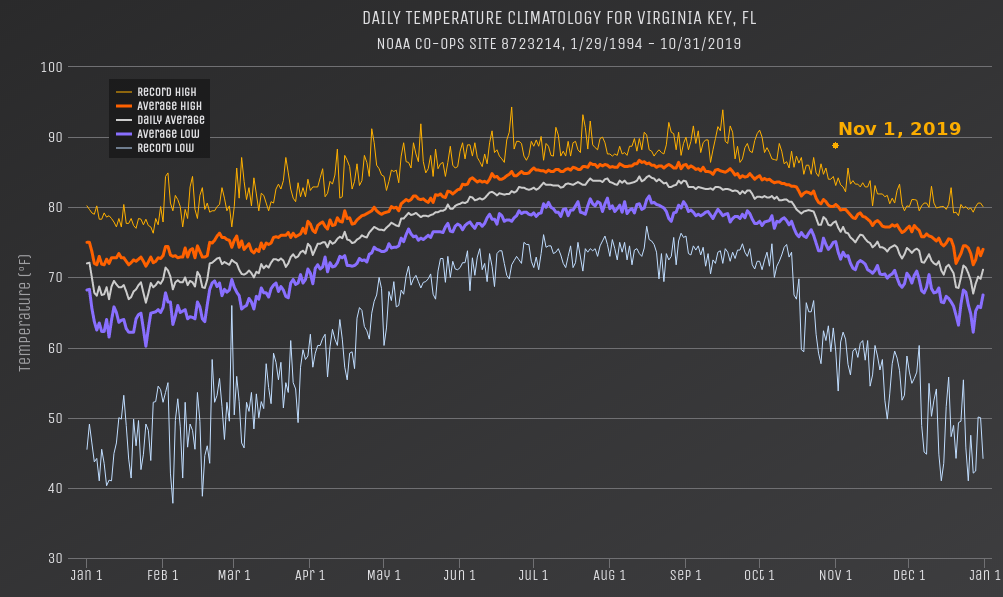 McNoldy retrieves the data for his analysis from the NOAA meteorological and oceanographic instruments located at the University of Miami RSMAS dock on Virginia Key.

What does this data tell us? Miami is hot and getting hotter. Learn more about Miami Waterkeeper's work on climate change resilience work here: https://www.miamiwaterkeeper.org/sea_level_rise_ready