Florida Power and Light has proposed plans to keep its 1970s-era nuclear reactors and cooling canal system at its Turkey Point facility in operation until the 2050s. These plants were originally set to be shut down in 2032. Many concerns surround the proposed plans for the operation extension, ranging from pollution of the Bay and aquifer to impacts to the federally listed American Crocodile to sea level rise risks. These concerns center largely around the continued operation of the Cooling Canal System - an industrial wastewater system used to cool the nuclear reactors. The troubled and controversial canal system is currently undergoing a $200 million cleanup effort for previous environmental impacts, including the spread of a saltwater plume threatening to pollute the Biscayne Aquifer, the region’s drinking water. And guess what -- FPL just got permission to charge YOU to clean it up.

The NRC’s The Atomic Safety and Licensing Board (ASLB) has granted the request for a hearing to allow groups, including Miami Waterkeeper, to challenge FPL’s request for a license renewal over environmental concerns. Even this first step is a victory! We joined forces with Natural Resources Defense Council and Friends of the Earth to file a challenge (called a "contention") to the license extension.

Specifically, the ASLB agreed to hear arguments over the impacts of the cooling canal on the American crocodile (Crocodylus acutus) that has been inhabiting, and breeding at, the FPL Turkey Point facility since the 1970s. These crocodiles are listed as a threatened species under the Endangered Species Act. Other endangered and threatened species inhabit the facility and surrounding environment also, West Indian manatee, Everglades snail kite, Eastern Indigo snake, and many others. Potential impacts to these species from continued operations will be considered in the hearing as well.

In the order, the ASLB agreed that there is a “genuine factual dispute” as to whether the impacts of continued operation of the cooling canal system were adequately assessed, including the cumulative impacts on the crocodiles and their critical seagrass habitat. The ASLB also agreed that FPL is required to consider reasonable mitigation alternatives pursuant to the National Environmental Policy Act (NEPA). 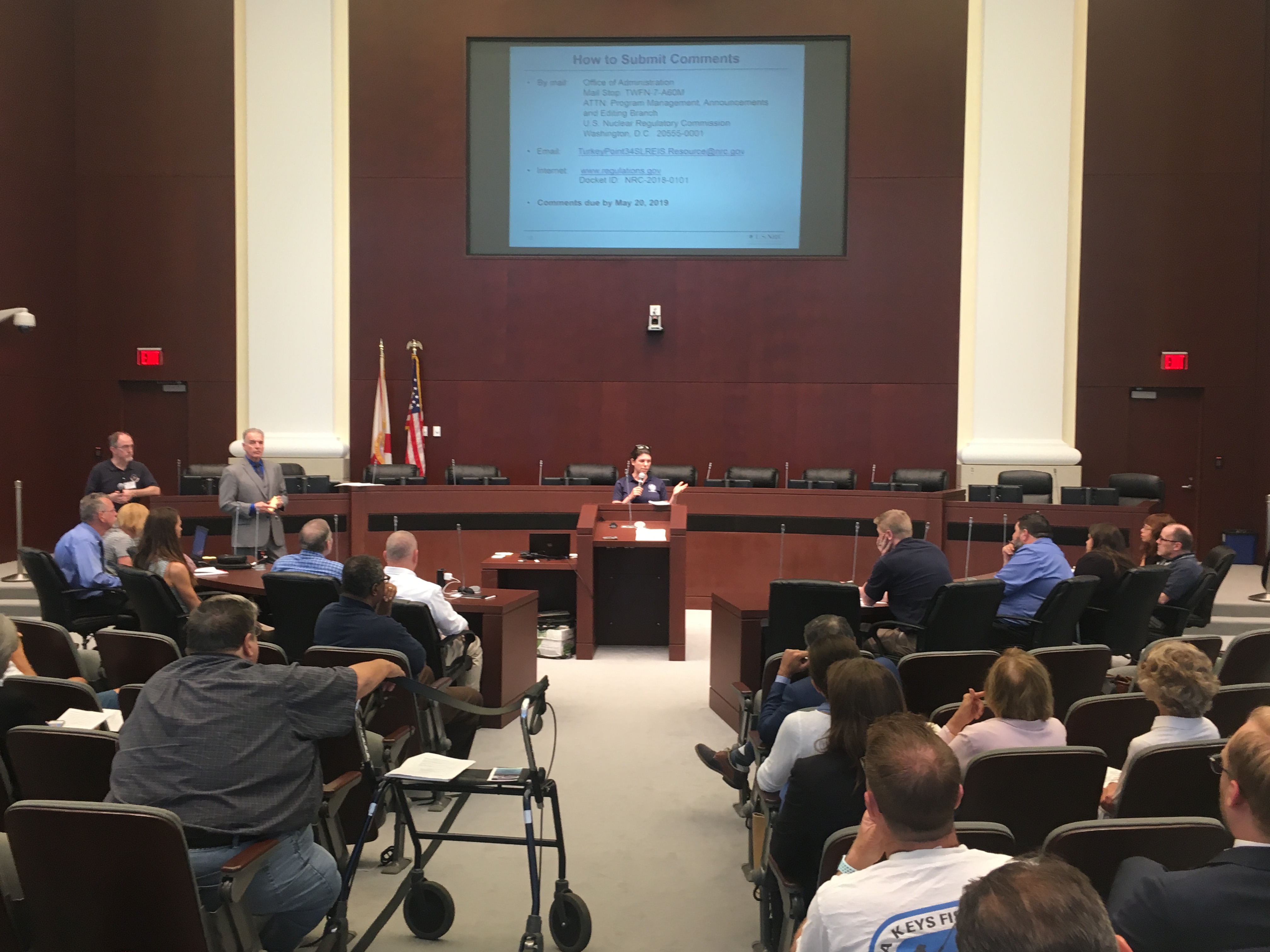 Notably, some contentions were rejected by the ASLB, including Miami Waterkeeper’s request that sea level rise be considered in the license renewal process. “While we are very pleased that two of our contentions will be heard in this proceeding, the Board’s failure to consider the specific impacts of sea level rise on this extraordinarily vulnerable facility is deeply troubling,” said Miami Waterkeeper Rachel Silverstein. “This is not just a Miami issue, it’s an issue of national importance that is setting precedent for aging nuclear power plants across the country.”

We plan to keep fighting to ensure community and environment are properly protected. Read Miami Waterkeeper’s Petition to Intervene here and view the full order from the ASLB here. To learn more about this issue, please visit https://www.miamiwaterkeeper.org/fpl_turkey_point.

To support Miami Waterkeeper’s efforts to provide safe and resilient energy infrastructure to our region, please consider making a contribution to our legal fund.