City of Miami Will No Longer Use Round Up! 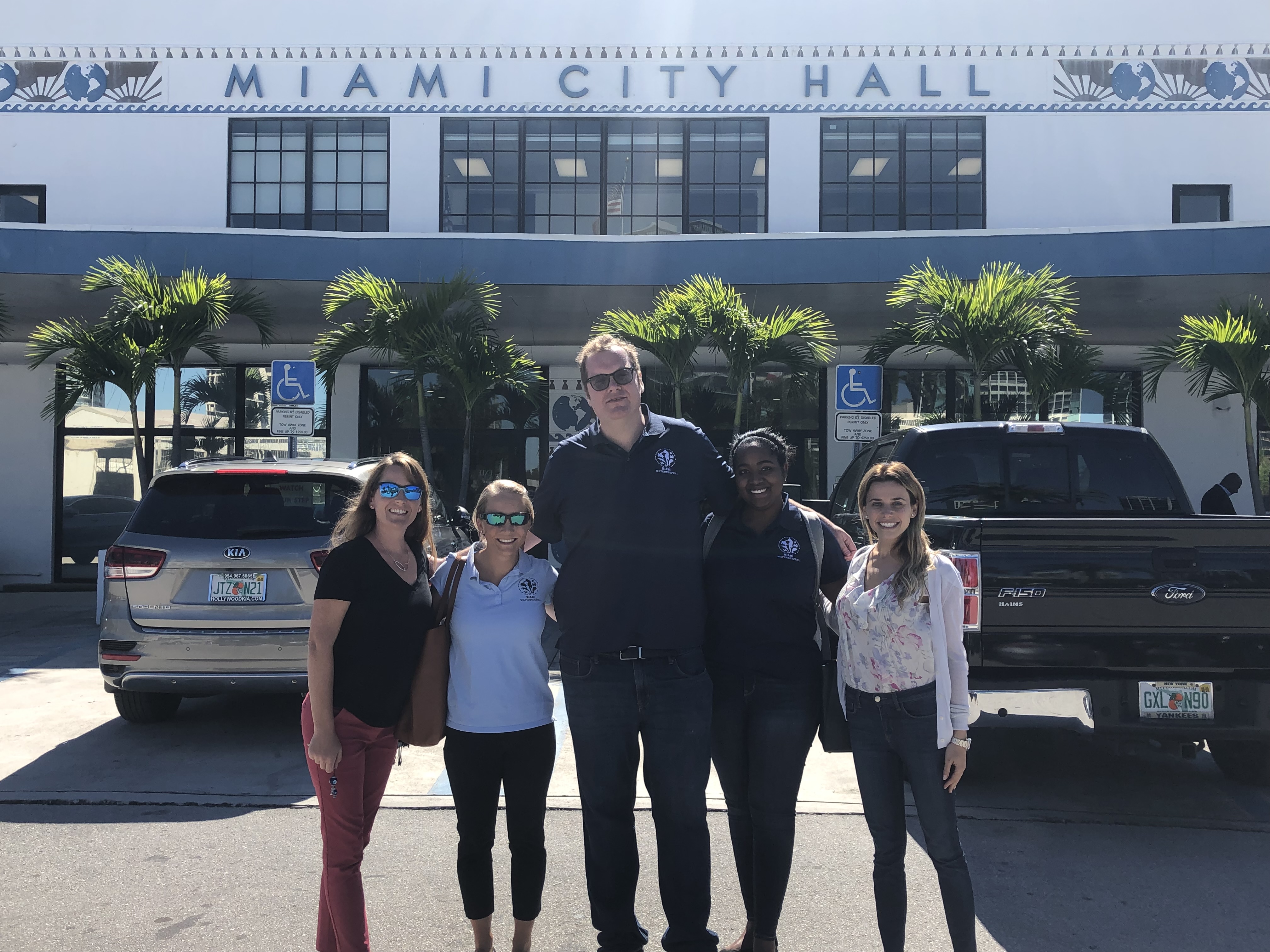 This morning, February 28th, the Miami Waterkeeper team provided comments at City Hall in support of a City of Miami resolution that would ban the use of herbicides containing the ingredient glyphosate. In the last year, the City of Miami used almost 5,000 gallons of herbicide containing glyphosate on city property. To address this problem, Commissioner Ken Russell sponsored a resolution that would make it City policy to use more environmentally friendly alternatives.

Glyphosate is the active ingredient in commercial herbicides like RoundUp and Ranger Pro. It is believed there are cancer risks associated with these products. Recently, the company that makes RoundUp, Monsanto, has been found liable in a lawsuit filed by a California groundskeeper who claimed his cancer, non-Hodgkin's lymphoma was caused by exposure to RoundUp and Ranger Pro. In addition to this, the International Agency for Research on Cancer has classified glyphosate as “probably carcinogenic to humans”. Many European countries like the Netherlands and Belgium have banned the use of glyphosate, and many cities and towns across the United States have also banned the use of products containing glyphosate. Most recently, the City of Miami Beach passed a resolution banning the use of herbicides containing glyphosate on city-owned property.

Herbicides are often applied in excess to lawns and landscapes and can be lost to the environment in stormwater runoff. They can also degrade the water quality of streams, rivers, canals, lakes, and coastal waters. Some scientists believe that herbicides, like those containing glyphosate, can exacerbate algae blooms because of their molecular Phosphorus content. What is certain is that these herbicides can contribute to the destruction of aquatic plant communities, including critically important habitats like seagrass beds and coral reef ecosystems. The Florida Fish and Wildlife Conservation Commission has even recently stopped using herbicides on aquatic weeds due to environmental concerns.

During the public comment period, Mayor Suarez co-sponsored the resolution to show his support. When the resolution came to a vote before the Board, it passed unanimously! The City of Miami is leading the way in its work to combat the water quality issues facing Biscayne Bay and other waterways in Miami. Banning the use of glyphosate is a great first step to take in improving water quality and also benefits public health by limiting the community's exposure to harmful chemicals. A big congratulations to the City of Miami for this important commitment!

Are you interested in banning these harmful chemicals in your community? Check out Miami Waterkeeper's template resolution HERE. Questions about glyphosate, water quality, and more? Contact [email protected] for more information.