Section 404 of the Clean Water Act requires permits for any discharge of dredge and fill into Waters of the U.S., including streams, rivers, canals, and wetlands. Many of these waterways and water bodies throughout the State of Florida are ecologically and economically important, thus requiring the highest level of review and scrutiny under the Clean Water Act. However, the Florida Department of Environmental Protection (FDEP) is attempting to take over, or "assume," this regulatory authority and potentially curtail this high level of careful examination. 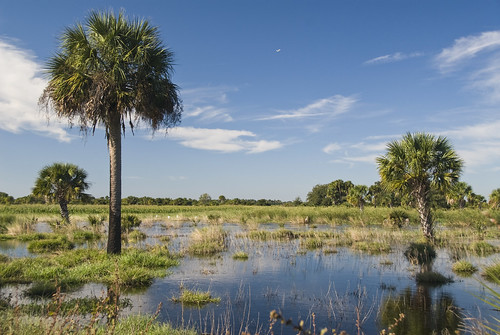 Miami Waterkeeper and Waterkeepers FL have recently expressed our concerns in a letter sent to FDEP, emphasizing that this process requires the highest level of review that only the federal government can guarantee. We are requesting a series of public hearings, allowing the public to intervene in this controversial shift in authority.

FDEP has limited the opportunity for public involvement in this rule-making process, yet various matters still remain unclear -- one of these involving which waters would remain under federal jurisdiction. This shift of authority may have direct implications on our waterways. Not only will this impact how our waterways are used or developed, but if not appropriately managed under FDEP authority, it may pose severe consequences to the wildlife dependent on these critical areas for habitat. For this reason, public hearings are crucial in considering the environmental impacts of this rulemaking.

Waterkeepers Florida argues that federal oversight is critical in protecting our waterways due to the government’s historic jurisdiction over wetlands and its agency expertise. However, if FDEP assumes this authority of the Section 404 process, the national laws that apply to federal permit actions will no longer supply additional scrutiny. For example, Section 404 permits may no longer be subject to the rigorous review provided by an Environmental Impact Statement (EIS) under the National Environmental Policy Act (NEPA).

We believe this assumption of authority would also add regulatory burden to FDEP, which already lacks resources for its current responsibilities. Moreover, the Environmental Protection Agency (EPA) may not provide Florida with federal funding to administer the 404 permitting program.

We ask that FDEP release all materials it plans to submit to the EPA when applying for the CWA Section 404 assumption. This would provide additional information for the public to comment when commenting on the proposed rules.