Last month, Waterkeepers Florida (WKFL) submitted a memo opposing a Florida bill, SB 1552, that would combat red tide in Florida. Red Tide is caused by an alga called Karenia brevis which can be harmful to both humans and the environment. While red tide has occurred naturally in Florida for many centuries, human-induced conditions like nutrient loading from land-based runoff can make blooms of this alga much worse. In the summer of 2018, both the east and west coast of Florida experienced red tide which resulted in fish kills along the coasts and even caused respiratory and other health issues for humans. 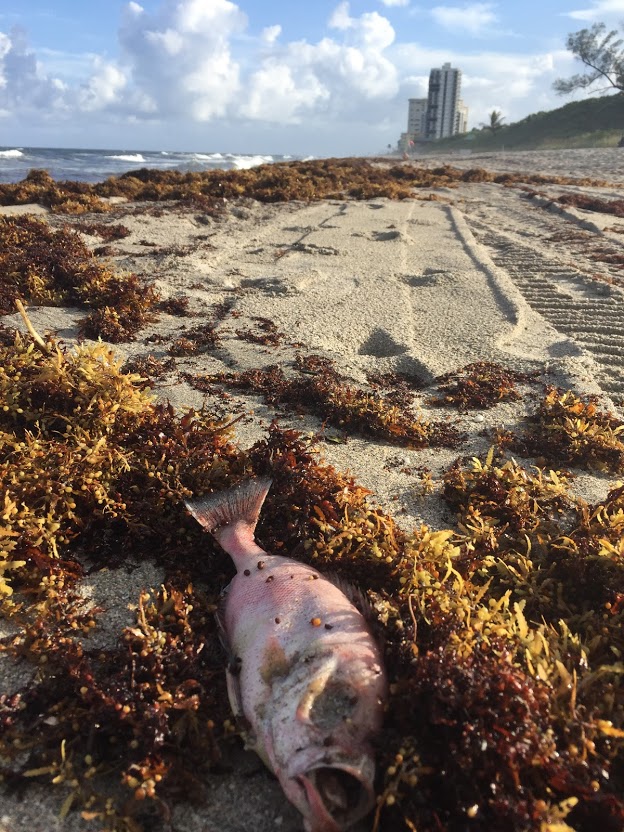 Toxins from Red Tide can kill fish, like this one in Palm Beach County in 2018. Photo credit: Susie Cox

WKFL is deeply concerned about the impact of nutrients on harmful algae blooms within the state. However, the group was opposed to the legislative effort of SB 1552 because we firmly believe that pollution should be controlled through the regulation of nutrient pollution at its source. SB 1552 ignored the causes of harmful algal blooms and instead tried to remediate the impacts of such blooms after the damage had already been caused.

WKFL recommended amending the bill to address the prevention and mitigation of red tide through the control of nutrient pollution at its source. We support the elimination of the state's current focus on voluntary best management practices (BMPs) and the completion of Clean Water Act mandated and enforceable water quality criteria. We also support a unified, strategic research agenda with the goal of characterizing nutrient flows in Florida's surface and groundwater, so that sources and causes of nutrient pollution can be identified and corrected.

Read the entire WKFL memo on this legislative matter here.