In part of our continued commitment to keep the public safe and informed in and around Miami's waterways, Miami Waterkeeper and the City of Miami pledged a continued partnership for water quality testing! Beginning in 2019, Miami Waterkeeper field scientists have performed water quality testing at six locations around the City of Miami every week, which closed a major gap in site-specific information.

Miami Waterkeeper has co-branded signs with the City of Miami to inform the public about our partnership and our work to protect the water we all love: 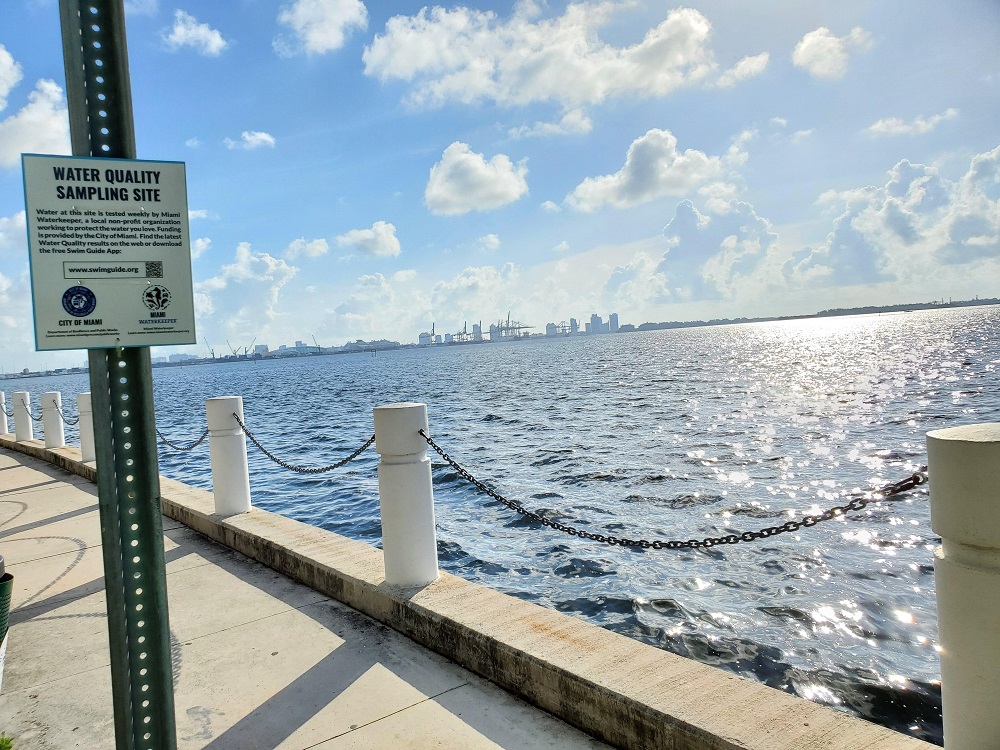 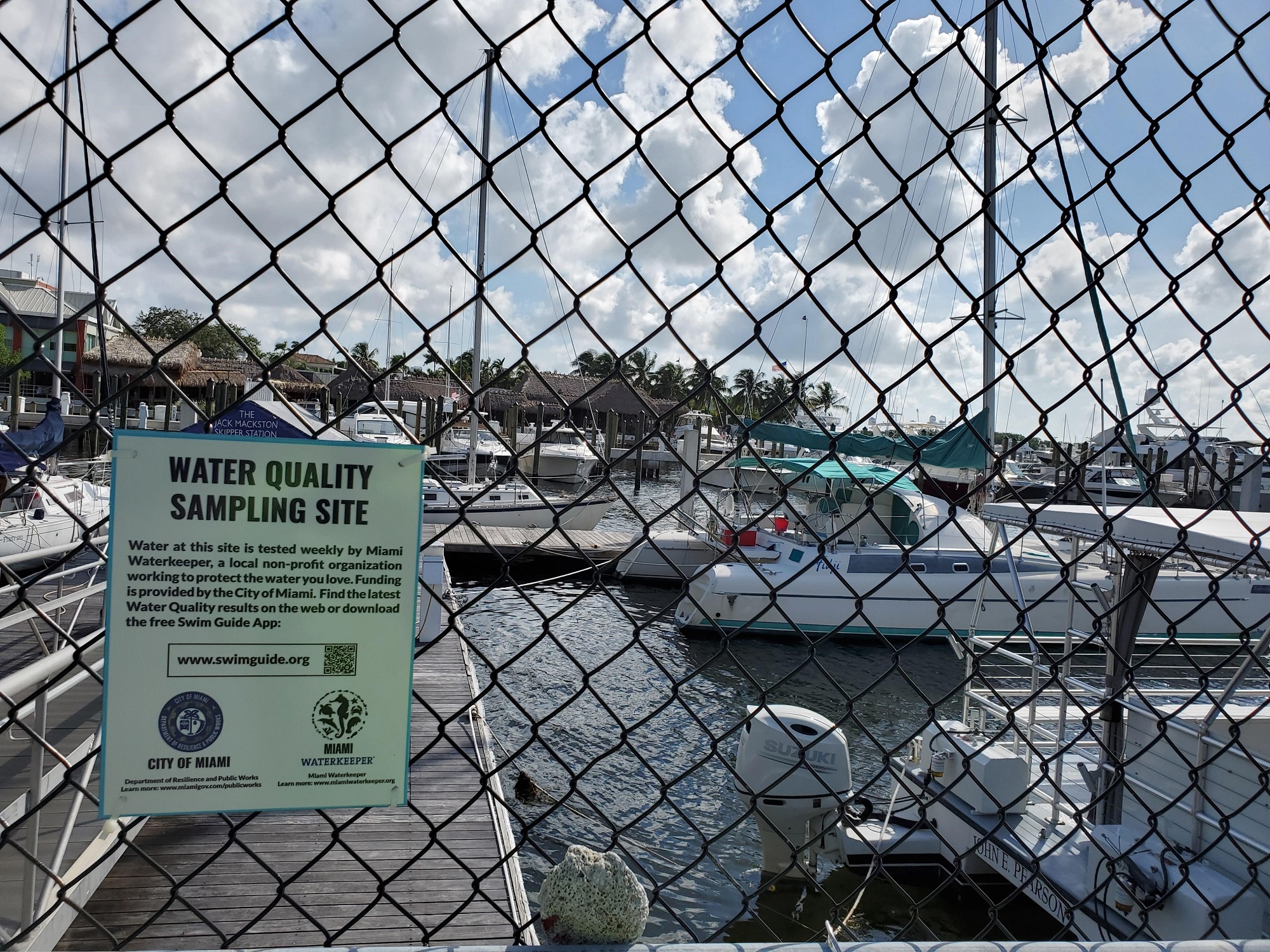 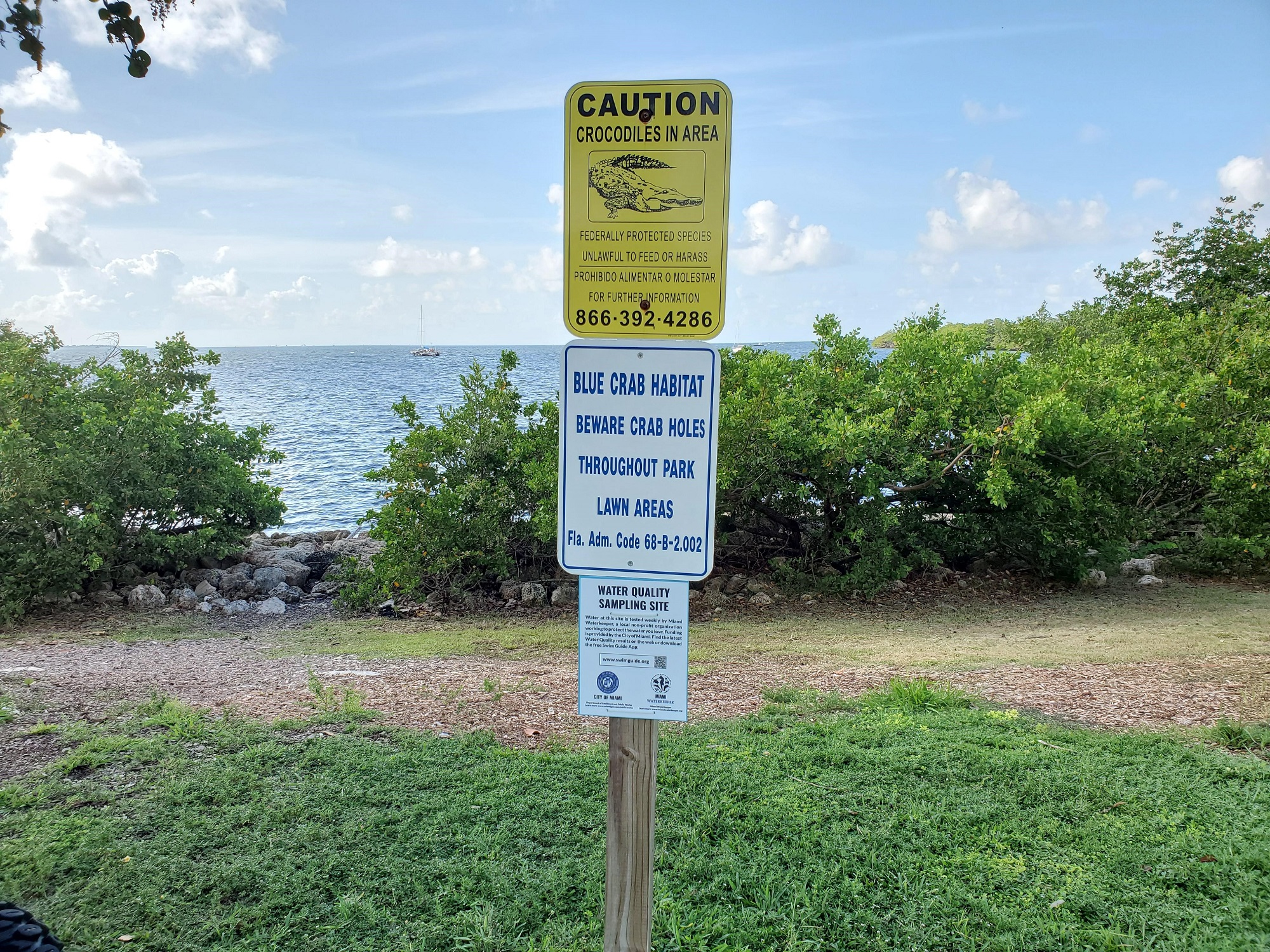 The renewed plan will keep the public informed about water quality in the City of Miami and in Biscayne Bay by testing six sites weekly to analyze Fecal Indicator Bacteria (FIB) enterococci. FIB is often used as a proxy for swimming safety - it can be easily cultured in a lab and ultimately help predict human health risks associated with contaminated waters.

The following sites were chosen to provide adequate spatial coverage of the City shoreline: The Rosenstiel School of Marine and Atmospheric Science (RSMAS), a site near the 27th Avenue Outfall, Kennedy Park, a site in Brickell, Jose Marti Park,and Morningside Park. The results from the sites will be made available to the public via our free Swim Guide web and phone app. The plan also includes working to improve the communication of beach advisories to the public. In 2018, we had 62,245 views for Swim Guide beach sites managed by Miami Waterkeeper.

Prior to the partnership, the Florida Department of Health's Healthy Beaches Program provided testing at just two locations for sewage bacteria in the entirety of Biscayne Bay – off of the Rickenbacker Causeway and in Oleta Park. 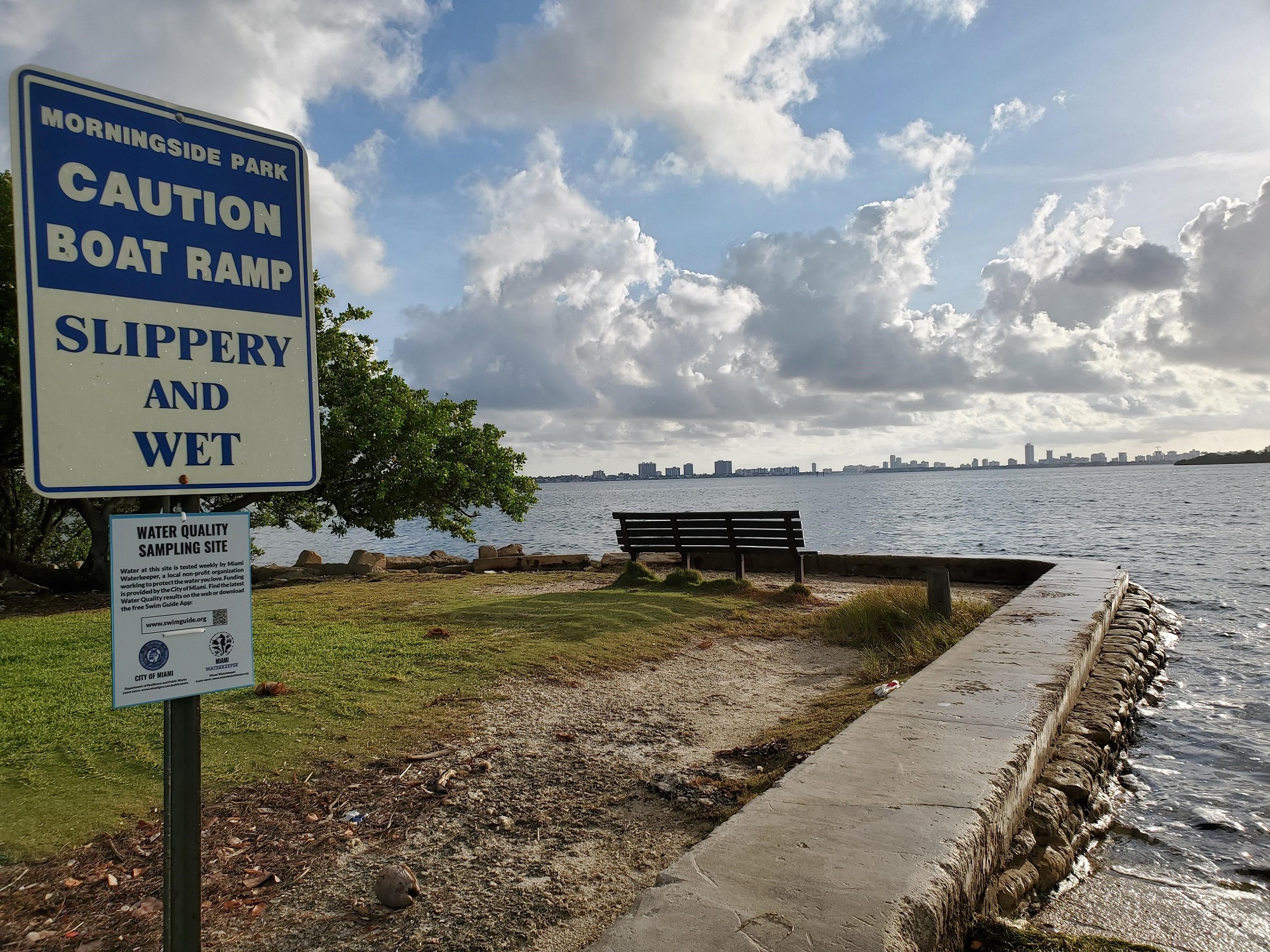 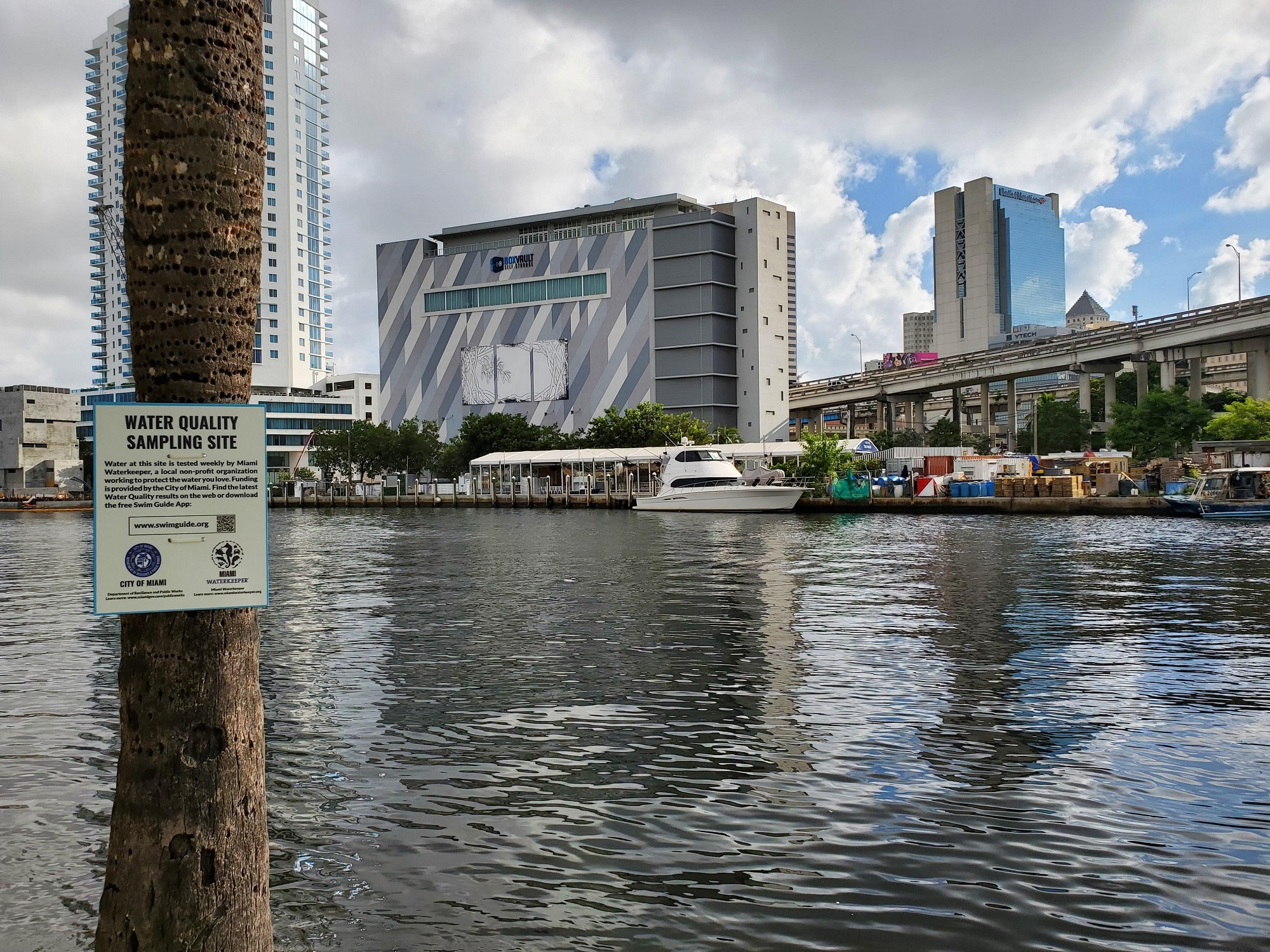