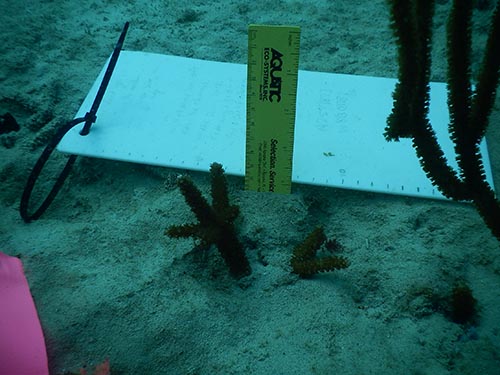 And yet, in recently disclosed documents, the National Marine Fisheries Service (“NMFS”), the federal agency charged with protecting our reefs, confirmed that the damage the Army Corps of Engineers and its contractor, Great Lakes Dredge and Dock, have caused to our reefs is neither “temporary” nor “insignificant” and, contrary to the Corps’ repeated assertions, “greatly exceeded” expected levels of environmental harm. NMFS went further, concluding that the Corps and its contractor harmed and killed corals protected by the Endangered Species Act.

Rather than mitigate the negative impacts of dredging and safeguard the only coral reef tract in the continental United States, the Corps and its contractor cut corners at every turn: allowing transport ships to leak sediment plumes that are strangling our reefs; refusing to replace ineffective monitoring devices; ignoring survey data that indicated, beyond doubt, that the reefs were dying; and casting aside the suggestions of local, state, and federal experts. What’s worse, as the project’s sponsor, Miami-Dade County and its taxpayers, not the Corps, will ultimately bear the burden of paying for the repair of our reefs.

For the last few years, we at Miami Waterkeeper and our allies have been pressing local, state, and federal officials to enhance coral reef protections during this project. We have filed two lawsuits to force the Corps to implement better management practices. Last October, after months of resisting, the Corps finally agreed to pay NMFS over $400,000 to relocate several-hundred Endangered Species Act-listed staghorn corals from the dredging site to a secure nursery run by the University of Miami. But, when the NMFS divers arrived on site, the Corps and its contractor had anchored the dredge ship directly atop the reef, preventing the divers from accessing most of the threatened corals. Despite repeated pleas from NMFS, the Corps refused to move its ship, even for one day, claiming the diversion would be too costly. At some point, the dredge ship suffered a malfunction that required it to leave the reef for repairs, a stroke of luck that gave the divers a small window within which to rescue a fraction of the threatened species. Those corals that were within reach are now thriving at University of Miami’s coral nursery. The rest are still struggling to survive.

We now call on Miami-Dade County to address the damage. Initial reports and letters indicate that the County is also looking to dismiss the impact as “insignificant” and “temporary”. This would be a mistake. The County should take swift action to clean up the Corps’ dredging mess and demonstrate its commitment to Miami’s irreplaceable natural resources and clean water economy. 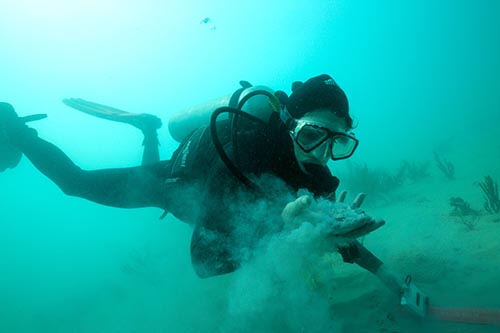 In the end, there may be a silver lining here; what, we might say, our reef had to die for: A similar expansion of Port Everglades in Fort Lauderdale (where another population of threatened staghorn corals resides) is in the works. The Corps has almost cleared its environmental approvals for that project, and Congress will soon appropriate funding.

But history does not have to repeat itself. Broward County and the State of Florida should insist, before granting the Corps’ permit, on more effective monitoring plans, more frequent underwater surveys, and more accurate estimates of the anticipated damage. In Port Everglades, we must demand a plan that does not deposit the thick, immovable sediment that, in just twenty months, has destroyed the unique coral reef that had thrived here for several millennia.

See OpEd at the Herald site