Urban Nature, a digital series on WTTW, the PBS member station in Chicago, recently did a segment on sea level rise in Miami. Our Executive Director, Rachel Silverstein, was featured in this segment discussing sea level rise and the additional problems Miami might face in the near future due to flooding.

Miami is a low-lying city that is extremely susceptible to flooding and is already being affected by sea level rise. Sea levels in South Florida have already risen 8 inches this past century, and there is a projected rise of up to 7 feet, meaning parts of Miami could be submerged by 2100. Rachel discussed the damage rising sea levels can do to Miami's infrastructure. 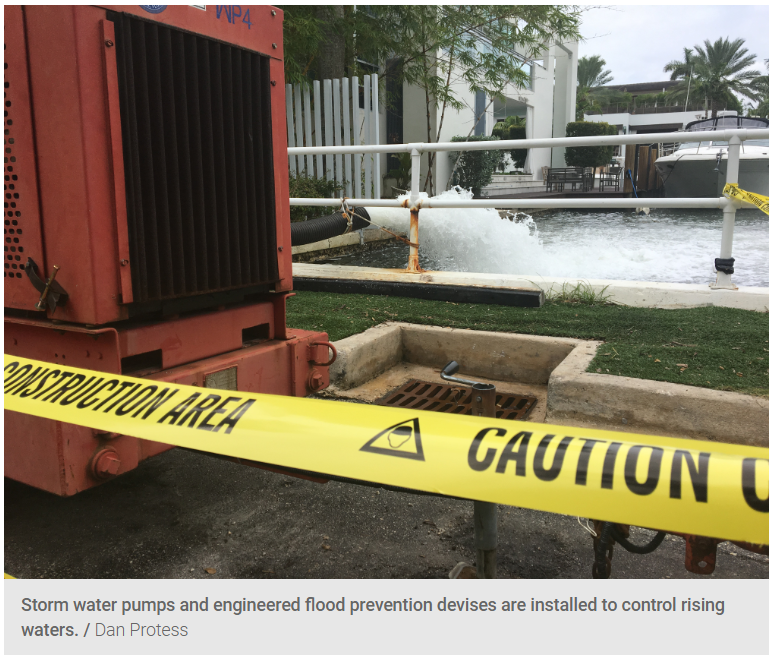 The episode features work by Miami Waterkeeper, Frost Science, and the City of Miami Beach. In an attempt to mitigate the effects of sea level rise, The City of Miami Beach has raised streets, installed pumping stations, and created seawalls. The Frost Science Center’s Museum Volunteers for the Environment are planting mangroves and restoring native dunes on Virginia Key to provide barriers against high tides and storm surges. Miami Waterkeeper is actively investigating water quality from stormwater outfalls across Miami-Dade County and conducting opportunistic water sampling where appropriate.

The Urban Nature series explores nature in the urban environments of America’s largest cities like New York, Chicago, Miami, San Francisco, and Austin. It’s hosted by Marcus Kronforst, a professor in the Department of Ecology & Evolution at the University of Chicago. You can view "A Rising Tide Drowns a City | Miami" online for free here.