A New Definition for Waters of the United States?

The members of Waterkeepers Florida (WKFL) submitted comments opposing the Environmental Protection Agency (EPA) and the Army Corps of Engineers' (Corps) proposed Revised Definition of "Waters of the United States" under the Clean Water Act.

Under the new definition of Waters of the United States (WOTUS), crucial waterways would lose guaranteed protection under the Clean Water Act's (CWA) pollution control, prevention, and clean-up programs. Specifically, the proposal limits CWA protections to only waters within a permanent or consistent flow with a direct surface hydrological connection to other waters. The Agencies are also proposing to end protections for ephemeral streams. Though they only flow after rainfall, they provide water for larger streams and rivers, filter pollutants and capture nutrients, and provide critical habitat for wildlife.

This proposal would have negative effects for South Florida, including Miami Dade County. For example, Virginia Key - an approximately 1,000-acre barrier island just off the coast of Miami, would likely be impacted by this rule change. Virginia Key has an isolated freshwater wetland located behind the Dade Marine Institute, Gladstone Campus. The island contains a variety of upland and wetland plant communities, including seagrass beds and intertidal sand/mud flats, mangrove wetlands, beach dune communities, and coastal maritime hammock.

The proposed change in the definition of WOTUS would directly limit protections for this important ecosystem. It fails to account for the interconnection between Virginia Key's shoreline, mangroves, freshwater wetland, tropical marine hammock, coastal strand, and seagrass communities. 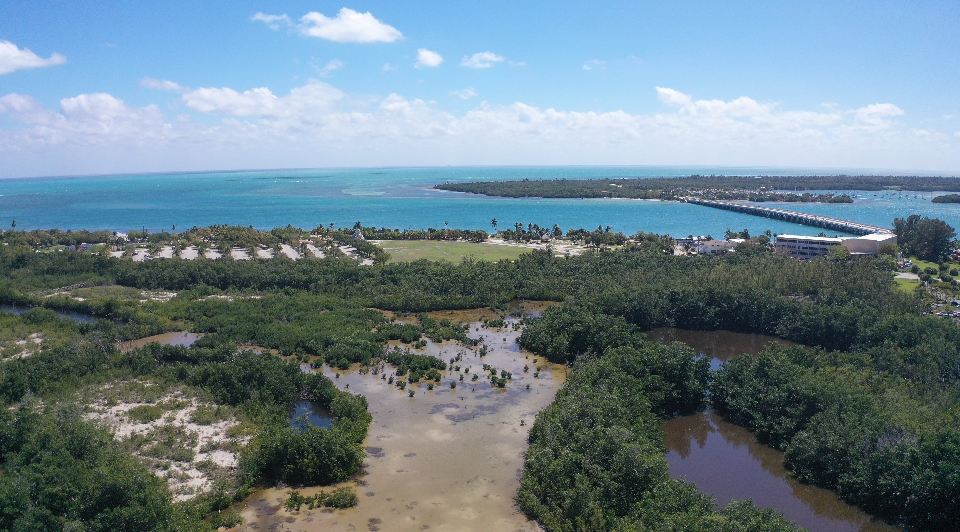 Virginia Key and its wetlands would likely lose protections if the definition of WOTUS were to change under the proposed rule. Photo credit: Greg Clark

Ecological impacts aside, the state of Florida relies on a clean water economy. Everglades National Park alone generates more than $100 million annually in tourism revenue. Outdoor recreation generates $58.6 billion annually and Florida is recognized as the Sport Fishing Capital of the World. Our waterways support billions of dollars in commerce each year and create tens of thousands of jobs for Floridians. The Florida Department of Environmental Protection has estimated that more than 800,000 acres of wetlands in the Panhandle region would lose CWA protection. In addition to this, almost half of Florida's 52,000 miles of rivers and streams could also lose their protection. Any risk posed to these waterways is a direct risk to our economy and our livelihoods.

Waterkeepers Florida believes that the Environmental Protection Agency should be working to secure greater protections for these streams and wetlands, rather than revising the definition of the CWA to put these important ecosystems at risk. Read the full comments submitted by WKFL on this rule change here.