Just a week after we filed a notice of intent to sue, the County has patched the long-neglected leak. We're very pleased the leak has been stopped, but this is just the first step in getting the County to clean up their act.
We still need full inspections of the outfall pipes, which haven't been inspected in over a decade. And to make sure this doesn't happen again, we need a comprehensive maintenance plan for the outfalls. Sewage pollution can cause severe environmental damage and negatively impact human health and safety. Sewage dumping is caused by outdated and ineffective infrastructure, leaking septic tanks, and the destruction of natural areas and the wetlands that naturally absorb stormwater.
Thanks to citizens like you, we can make sure this never happens again. Miami Waterkeeper works to hold polluters accountable and to safeguard our water and public health. We believe small steps add up to remarkable feats and will stand up to any person or organization, no matter how big, powerful, or well-funded, who might seek to harm our waterways. Your gifts empower us to bring polluters to justice. Together, we defend everyone’s right to use and enjoy clean water.
Take a step and join our fight today! 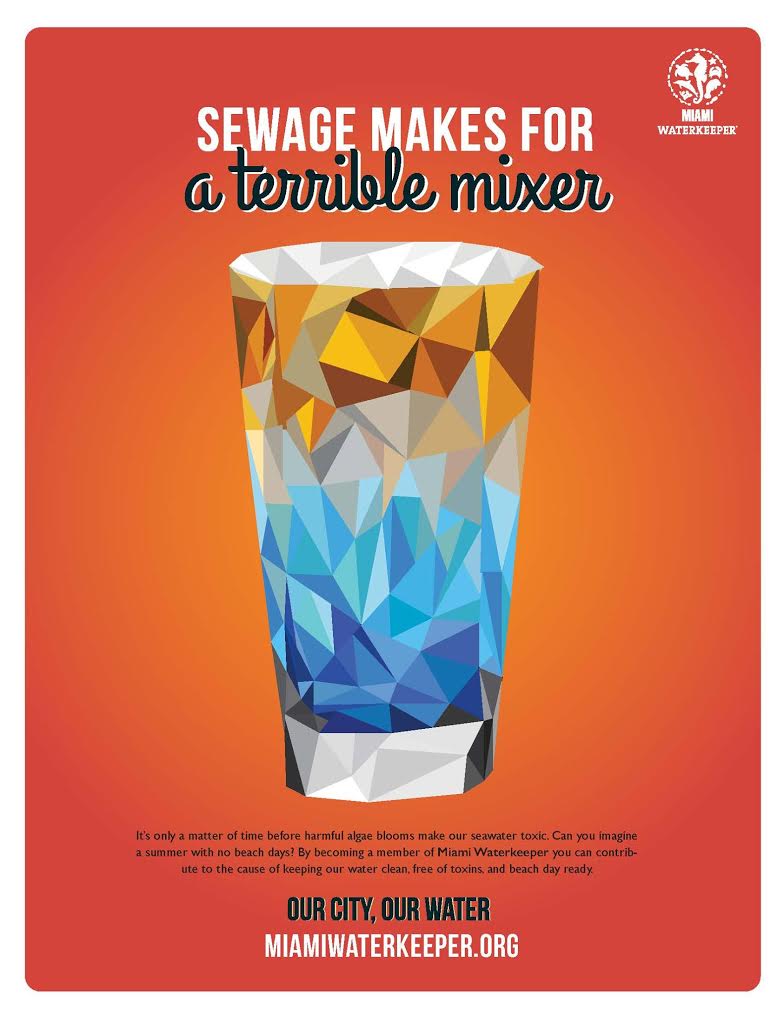 “Nondescript as it is, the pipe is at the center of one of the biggest fights over climate change in the country. It carries millions of tons of partially treated sewage daily — after it is piped underwater from Miami Beach — miles out to the ocean. Environmentalists fear a direct hit from a strong storm could knock out the plant and the pipe for long periods of time, sending raw sewage into Biscayne Bay.

“It could be much worse than Hurricane Sandy. If you had billions of gallons pouring into the waters, it would be a catastrophe, a calamity,” said Albert Slap, an attorney supporting Biscayne Bay Waterkeeper, an advocacy group.

In addition to public health threats, there could be long-lasting effects on the ecosystem, he said. Biscayne Bay Waterkeeper’s supporters also expressed concerns about the liquid chlorine that is stored at the plant.”

“Miami-Dade commissioners swallowed hard medicine Tuesday, approving an agreement with the federal and state governments to settle violations of environmental laws and committing $1.6 billion over the next 15 years to fix the county’s antiquated water and sewer pipes.”