The Florida coral reef tract is a national treasure, as unique as the giant sequoias in California or the Old Faithful geyser in Wyoming. It is the only barrier reef in the continental US and is home to seven species of Endangered Species Act-listed corals. Reefs bring billions of dollars in sales and tens of thousands of jobs to South Florida. They also provide shelter, food, and breeding sites for commercially and recreationally valuable fish as well as coastal barriers from storms. For these reasons, we must protect them. However, the reefs are now in urgent crisis due to natural and manmade threats, including climate change, warming oceans, water pollution, ocean acidification, and disease. We have already lost well-over 80% of Florida's corals since the 1970's. Some species, like pillar coral, are locally extinct in Miami-Dade. Some species, like staghorn corals, have lost 98% of their original populations. On top of that, coastal construction can damage reefs.

Port Miami Dredging Fiasco
Dredging can also produce fine-grain sediment that can travel long distances, smothering corals and depriving them of access to food and light and preventing them from reproducing.This is exactly what happened during the PortMiami dredging project.  As a result of the widening of the Panama Canal, ports along the Eastern seaboard are competing to accommodate the next-generation of super-sized container ships. Port of Miami was first on the list of ports to be dredged. In November 2013, the Army Corps of Engineers began its Miami Harbor “deepening and widening” project —hacking away at the seafloor--at the PortMiami shipping channel. The contractors performing the major dredging project failed to adequately control sediment turbidity. As a result, the dredging at PortMiami released plumes of fine-grain sediment that extended over kilometers, killing at least 560,000 corals and damaging over 250 acres of critical habitat for threatened coral species. We launched a multi-year litigation against the Army Corps of Engineers to try to stop -- and then to repair -- damage to our reefs. We successfully got hundreds of listed corals rescued from the dredging and 10,000 staghorn corals restored to the reefs. They were even observed to be reproducing in the wild! We also published a peer-reviewed study proving that over 560,000 corals were killed as a result of the dredging project. We are still working to get the rest of the damage restored and to prevent this kind harm from happening again, as the Army Corps is planning an even bigger expansion project for 2025. Read more about that effort here.

Port Everglades Expansion Dredging
Now, the Corps is planning a similar dredging project at Port Everglades, just 30 miles north in Ft. Lauderdale.  That shipping channel also crosses the Florida reef tract. However, the original Corps environmental assessments for the Port Everglades dredge refused to admit or even acknowledge the damage that the dredging caused in Miami. Miami Waterkeeper is making sure that the same mistakes will not be repeated this time around. We sued to get the Corps to redo their 2015 environmental assessment to avoid the same catastrophe that happened in Miami. The Corps finally agreed, and took three years to revise their environmental assessments, completing them in 2020. When they finished and opened them up for public comment, they gave the public 45 days to review and respond to 1,700 pages! We went to bat. You can read our February 21, 2021 comment letter here. While we're making progress, there is still a long way to go to avoid another "Dredgeful Situation." You can read more here.

It's time to protect and restore these reefs.

We will continue to hold the Corps accountable and project our reefs from dredging! Help us by signing up below to stay up to date on our work.

Sign up for updates on our work to protect our reefs 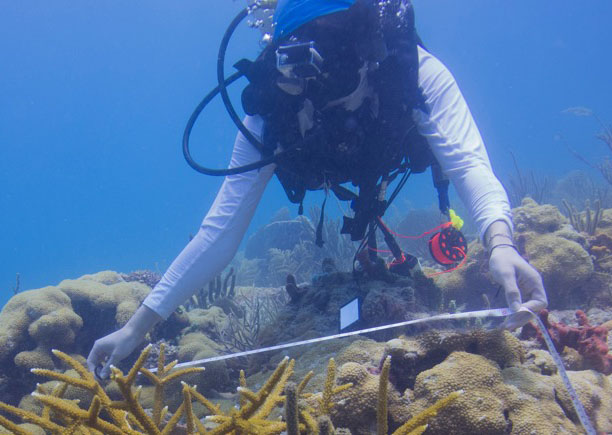