We are thrilled that, with your support, FDEP has decided to withdraw their dangerous rule that would have allowed more toxic chemicals in our water.

In 2016, Florida’s Department of Environmental Protection (FDEP) proposed a rule to ease restrictions on toxic chemicals in our surface waters which would have had direct impacts on public and environmental health. In February 2018, in response to opposition from the City of Miami, the Seminole Tribe, Broward County, and recently Miami-Dade County, the Department withdrew its rule and reinitiated rulemaking.

Here's the history: On July 26, 2016, the state's Environmental Regulation Commission passed the original proposed rule by a 3-2 vote. There were no public meetings offered in South Florida and there were vacant seats for a local government and environmental representative on the Commission at the time. In early August 2016, the Seminole tribe challenged this rule in state court, stating that Florida had violated procedures in rushing the rule and had cut short public comment periods. Furthermore, they claimed that the rule did not adequately protect tribal communities. On September 13, 2016, the challenge was dismissed because the tribe filed at 5:02 pm, and the deadline was 5:00 pm.

After these initial setbacks, the Seminole tribe and the City of Miami appealed to the Third District Court of Appeals where they were successful in October 2017. The Court agreed with a prior ruling from the First District Court of Appeals and found the City and the Tribe's rule challenge to be timely. As a result, their challenge was remanded back down to administrative court for a hearing on the merits that had been scheduled for April 2018.

Shortly thereafter, FDEP issued a notice that they would withdraw the rule and start over from scratch.

Check out our Miami Herald Op-Ed highlighting the issues with the original proposed rule. 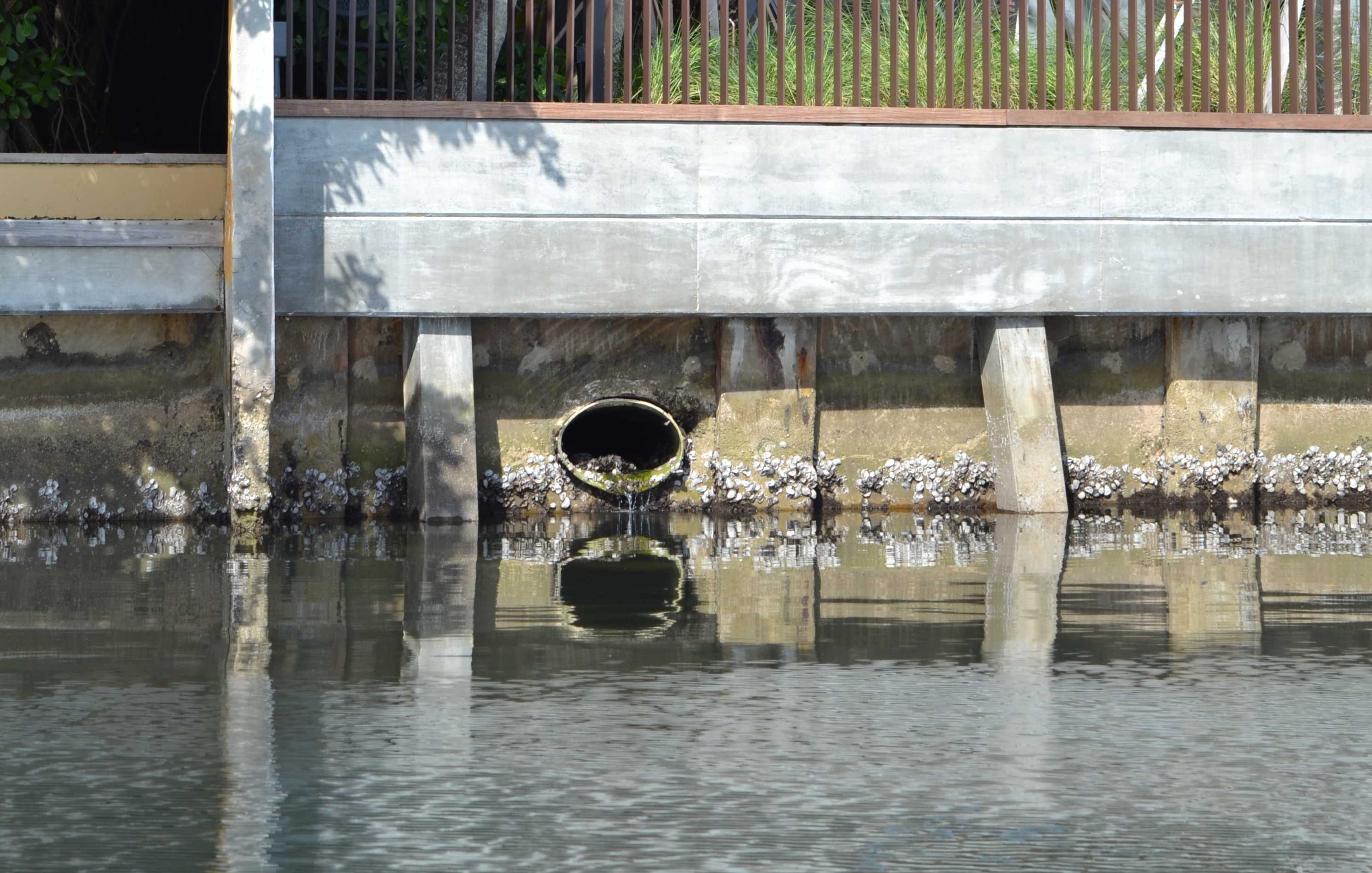 How and why did Governor Scott’s DEP propose to loosen the regulations of cancer-causing agents in our waterways?

The how is simple: DEP utilized different models for calculating cancer risk than the methods used by the U.S. Environmental Protection Agency (EPA) and every other state in the nation.  Furthermore, Governor Scott’s DEP accepted the likelihood that more Florida citizens might develop cancer with these new exposure limits, using a carcinogenic “chemical risk calculation” that is 10 times (or sometimes 100 times) higher than the current rule allows. In other words, where the existing regulations accept the risk that toxic exposure levels might cause cancer in 1 in a million people, DEP’s proposed rule changes would allow that number to rise for some risk groups to 1 in 100,000 people, or, in some cases, even 1 in 10,000.

What did the original proposed rule mean for our water quality?

Carcinogens, or toxic compounds that have been shown to cause cancer, include benzene, which DEP’s original proposed rule would have allowed to increase by a factor of three in our water. The rule change would have also allowed dramatic increases in allowable limits of perchloroethylene—the toxin implicated in the infamous Camp Lejeune Cancer Cluster, where U.S. service members developed cancer after drinking water contaminated with this carcinogen.

The risk factors increased for people who eat Florida-caught seafood under the original proposed rule more than once per week, and even more so for subsistence fishermen who might eat seafood daily, because the chemicals that accumulate in fish or shellfish are passed along to humans who consume them. People who eat Florida-caught seafood even just once a week would have increased their cancer risk by orders of magnitude under the original proposed rule. Subsistence fishers who eat Florida caught fish daily, like many of our tribal communities, would have been the most at risk. Aside from increasing our cancer risk, the original proposed rule would have allowed higher carcinogen levels in our water, and thus in our fish, which could have hurt the market for Florida seafood, deterring the public from choosing “Fresh from Florida” shellfish and fish.

As for the why, many of the toxic compounds currently under review are, not coincidentally, the very same chemicals commonly used in fracking and other polluting industries. Although some 50 Florida counties and cities have banned fracking, Tallahassee has tried several times to preempt these bans. 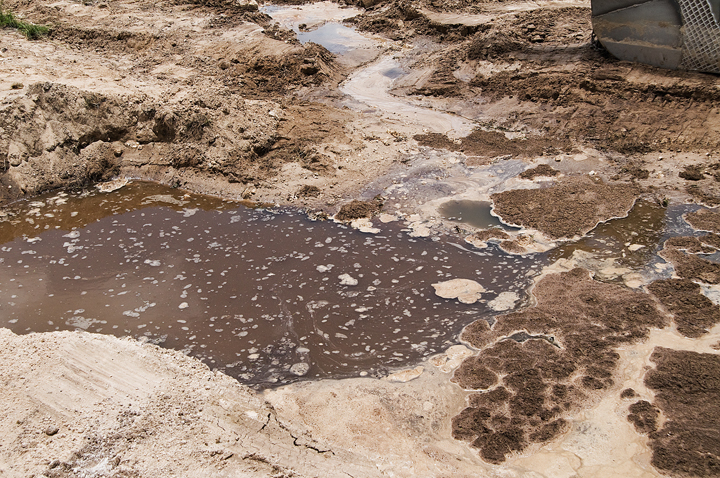 What have we done so far?

Miami Waterkeeper partnered with other organizations and experts in the field to submit technical comments to the EPA. These comments highlight the deficiencies in FDEP's model for evaluating risk. Check out our comments HERE and the technical assessment by our expert HERE.

Miami Waterkeeper and St. Johns Riverkeeper, represented by Earthjustice, have been campaigning against this rule since it was proposed in 2016. We successfully mounted a petition and letter-writing campaign, met with the EPA, and rallied local municipalities to oppose the rule. Over 11 municipalities passed resolutions opposing the rule. This advocacy, coupled with the administrative challenge, contributed to FDEP's rule withdrawal and reassessment.

For more information Miami Waterkeeper's actions to fight the original proposed rule, you can download our press release HERE.

For our take on FDEP's withdrawal and rulemaking reinitiation, click HERE.

What do we know now?

We know that the State of Florida will be reevaluating exactly how much fish Floridians consume. The notice of reinitiating rulemaking specifically states that FDEP “intends to conduct a state-wide fish consumption survey to accurately determine the amount and types of fish commonly eaten by Floridians” before rule promulgation.

We also know that there will be an opportunity for public comment and involvement at some point in the new rulemaking process.

2) Talk about this on social media and share this link

4) Support our efforts to keep Florida’s water clean by making a contribution today! 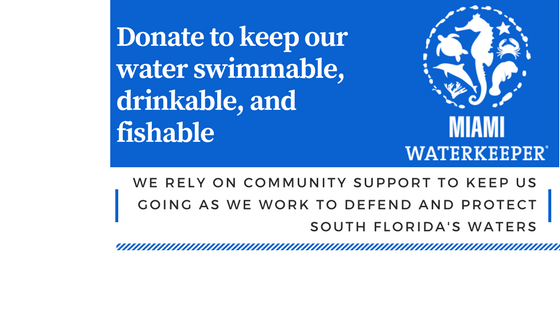