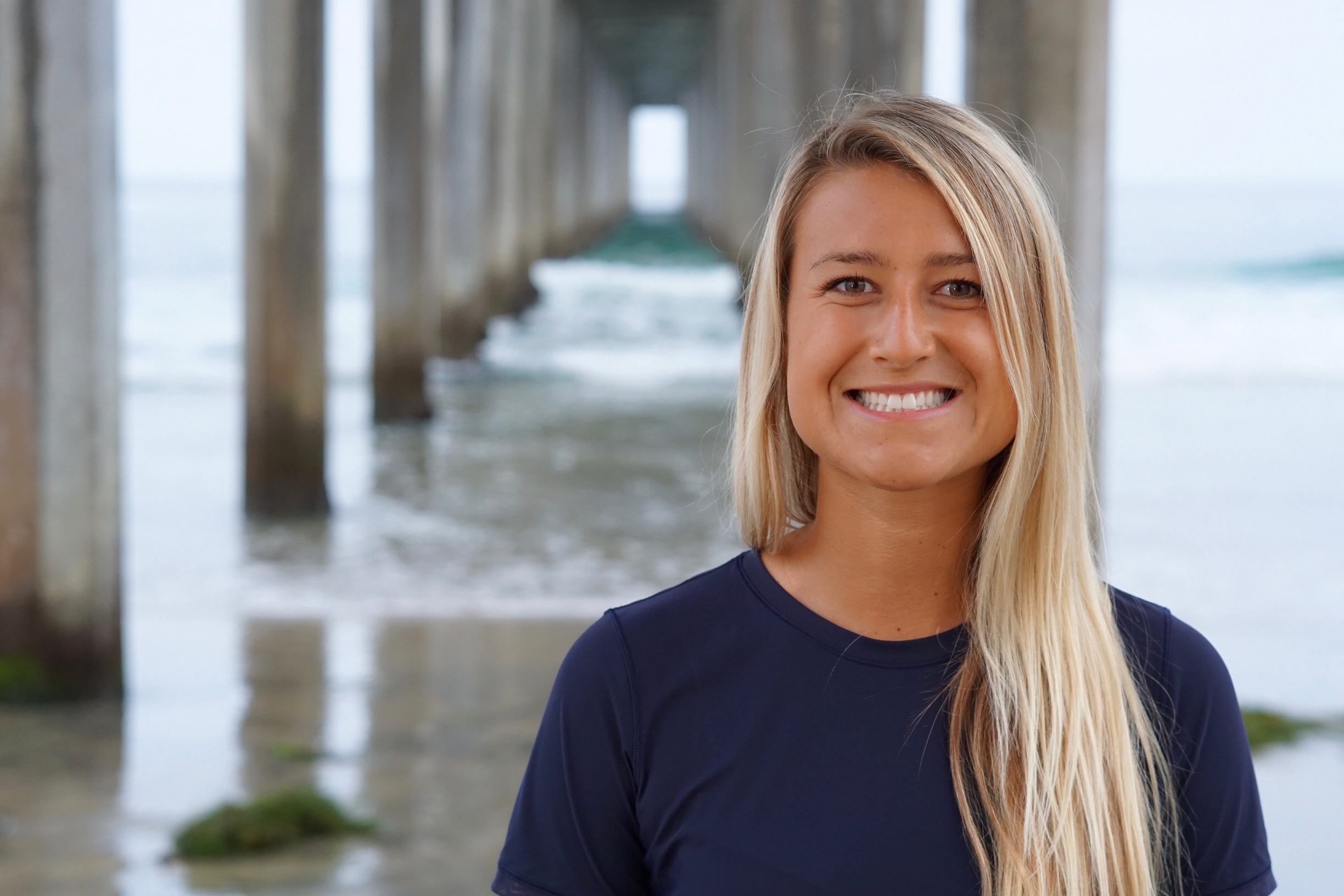 Our Miami Marine Stadium Cleanup in April was successful for many reasons- we collected a ton of trash from entering Biscayne Bay, we had a great collaborative effort with the Miami Rowing Club and Miami Parks and Recreation, AND we met some cool people to help us in our efforts. Dana Biddle was one of them- a student at the University of Miami, about to graduate, but still filled with passion to clean our waterways and create awareness about the marine debris issue that is so pertinent throughout the World. After driving off with much of the trash we collected that day, she created an art project to bring attention to the state of our oceans.

What is your background in marine science and the ocean lifestyle?

I grew up in Westchester, New York but my family has a home in the Caribbean so I started scuba diving and exploring the ocean with my dad when I was very little. I attended The Island School for a semester in high school which focuses on marine science and sustainability. After that I decided that I wanted to study marine science in college. I love to scuba dive, free dive, surf, and snorkel; pretty much anything that gets me in the water or to the beach. I just graduated from the University of Miami, RSMAS with a degree in Marine Affairs and Ecosystem Science and Policy. This summer I am going to live in San Diego and work as an overnight camp counselor/ocean lifeguard at YMCA Camp Surf. In August, I will be returning to UM for an MPS degree in Environment, Culture & Media.

How did you hear about Miami Waterkeeper?

Moving to Miami and studying marine and environmental science I quickly learned about Miami Waterkeeper and the work that they do to preserve and protect South Florida’s waters. I took Diego Lirman’s Tropical Coastal Ecosystem’s class this spring and Kelly Cox came to present for one of our classes. I very was inspired by her presentation and the diversity of actions that Miami Waterkeeper focuses on to protect South Florida’s waters for both the environment and people (I am a big fan of the Swim Guide App now!). I decided to reach out to Kelly to see if Miami Waterkeeper was doing a beach cleanup and she let me know about one happening in collaboration with the Miami Rowing Club near the old marine stadium. I met a lot of nice people and we collected over 400 pounds of trash that was mostly left from the Miami boat show a few weeks earlier.

What was this project for?

I took Hunter Vaughan’s Environmental Media class this spring and our final project was very open ended; we could either make a creative project or write a research paper to deliver an original screen media approach to the environment. I have always loved artwork made from beach plastic. It inspired me to create something out of marine debris to raise awareness and provoke curiosity about the environmental impacts of plastic/marine debris. 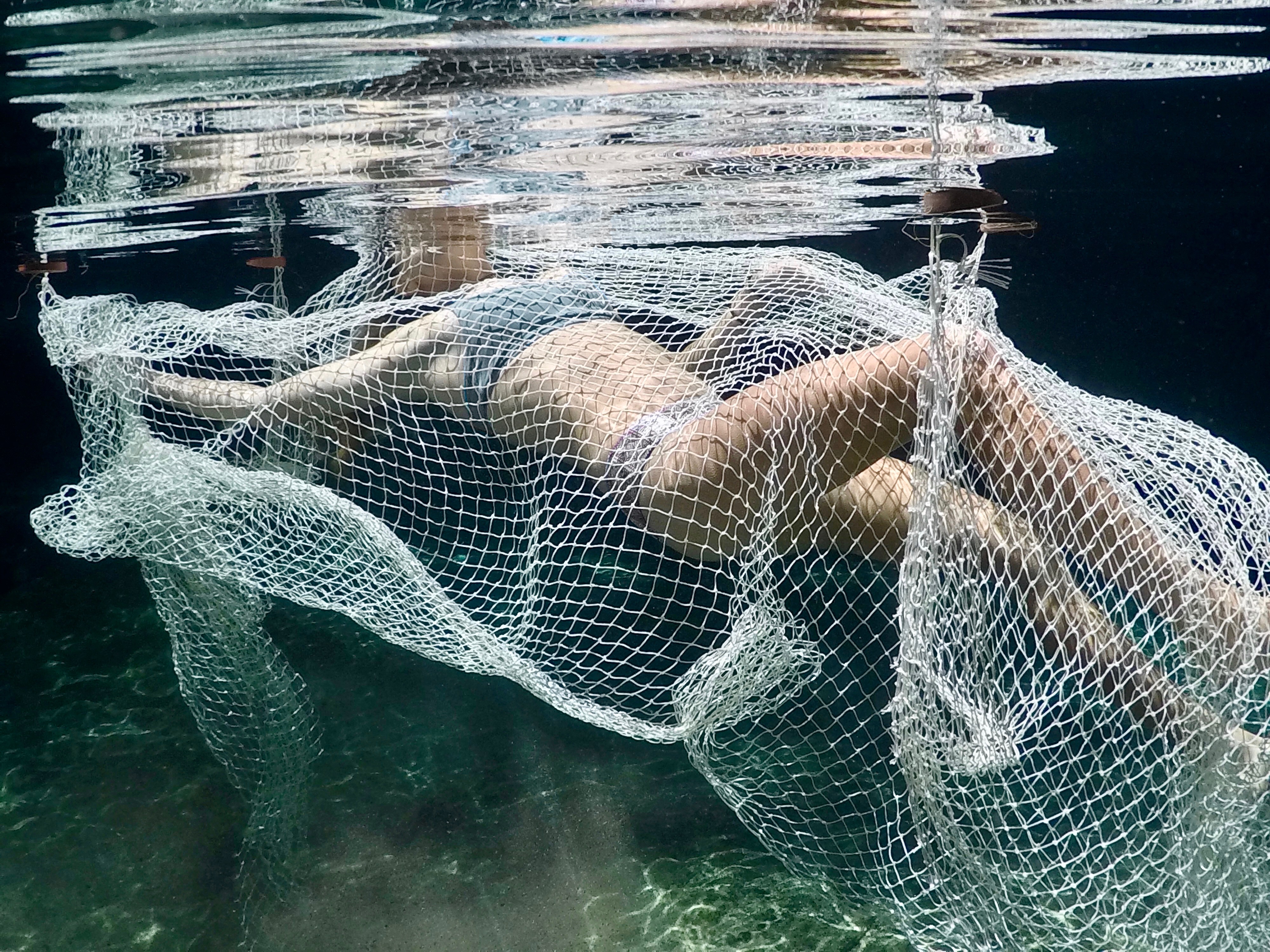 What inspired you to take this approach on the project?

I spent a lot of time at the end of South Beach as a surf instructor for Sobe Surf this year. Through spending so much time there, I became aware of the large amounts of trash on the beach. I see more pieces of garbage than shells, coral or a sea animals that are washed up on the shore or floating around in the water with me. A few months ago, I started a routine of collecting a handful of garbage on my walk back from the end of the beach, by the point, to the purple and orange lifeguard stand where I leave my things during my lessons. The most common things I collected were bottle caps, old rope, beer cans, plastic water bottles, and plastic bags. I have also observed that the high-water line is defined with very fine border of colorful micro plastics indicating a large amount of plastics that are broken down into tiny pieces floating in the sea. I read in a report released by the World Economic Forum in January 2016: “If we keep producing (and failing to properly dispose of) plastics at predicted rates, plastics in the ocean will outweigh fish pound for pound in 2050”. This information upset me so I did further research that day and decided to become a vegetarian and change my careless habits of plastic use.

After the Miami Waterkeeper beach clean-up I took about half of the trash, washed it all off, and looked carefully through it all to see what I could use for my project. I didn’t have an exact idea to begin with but then I saw an old piece of Styrofoam that looked like a coral head and decided that I wanted to make a “trash tank”, which is the reality of what the oceans will look like in the future rather than what is on display in aquariums. I found a 20-gallon aquarium tank at a garage sale and then created a “coral reef” scene inside of it out of the plastics we collected all held together with hot glue.

Did people in your class seem impacted by what they were seeing?

Yes! People on campus were very confused seeing me carrying a big aquarium tank filled with plastic from my car to the classroom that day. I started some interesting conversations along the way and afterwards. During my presentation, my classmates were very receptive and we had interesting conversations. I also presented on the possible solutions people are working on today, assuring my classmates that this is an issue that is not yet too large to tackle, so long as more people are educated on the topic and care about it. I wanted them to leave the classroom knowing that though the situation is dire, it isn’t a completely hopeless situation. I also encouraged everyone to watch the documentary “A Plastic Ocean” available on Netflix, because I found that very informative. 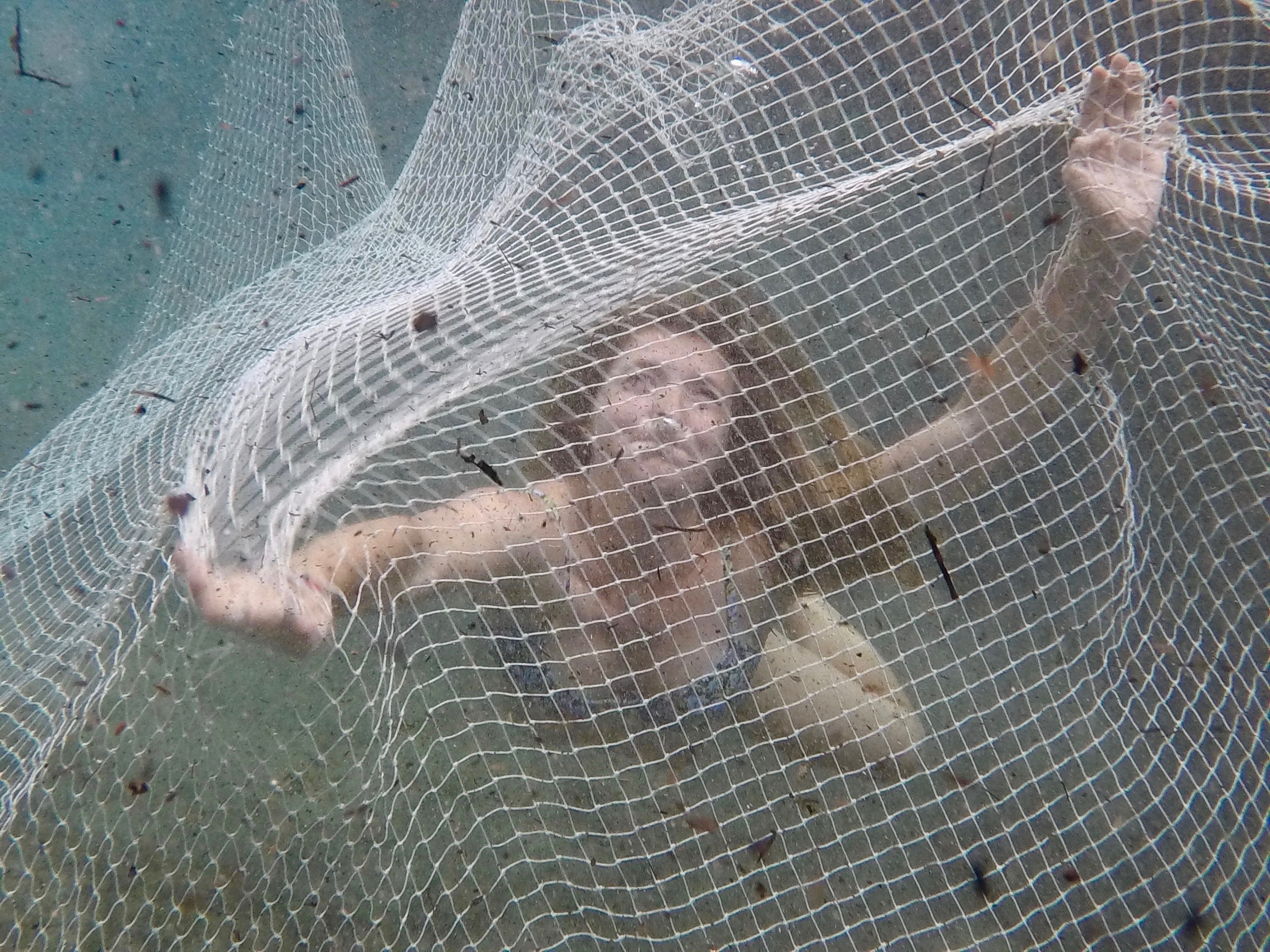 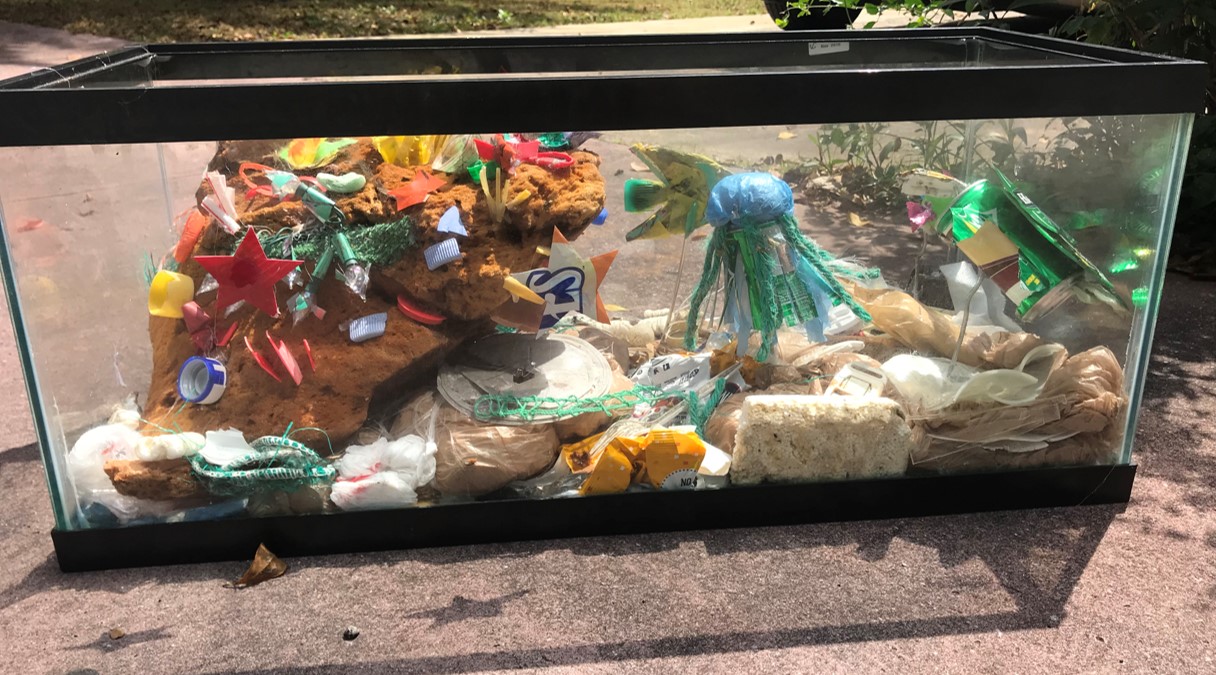 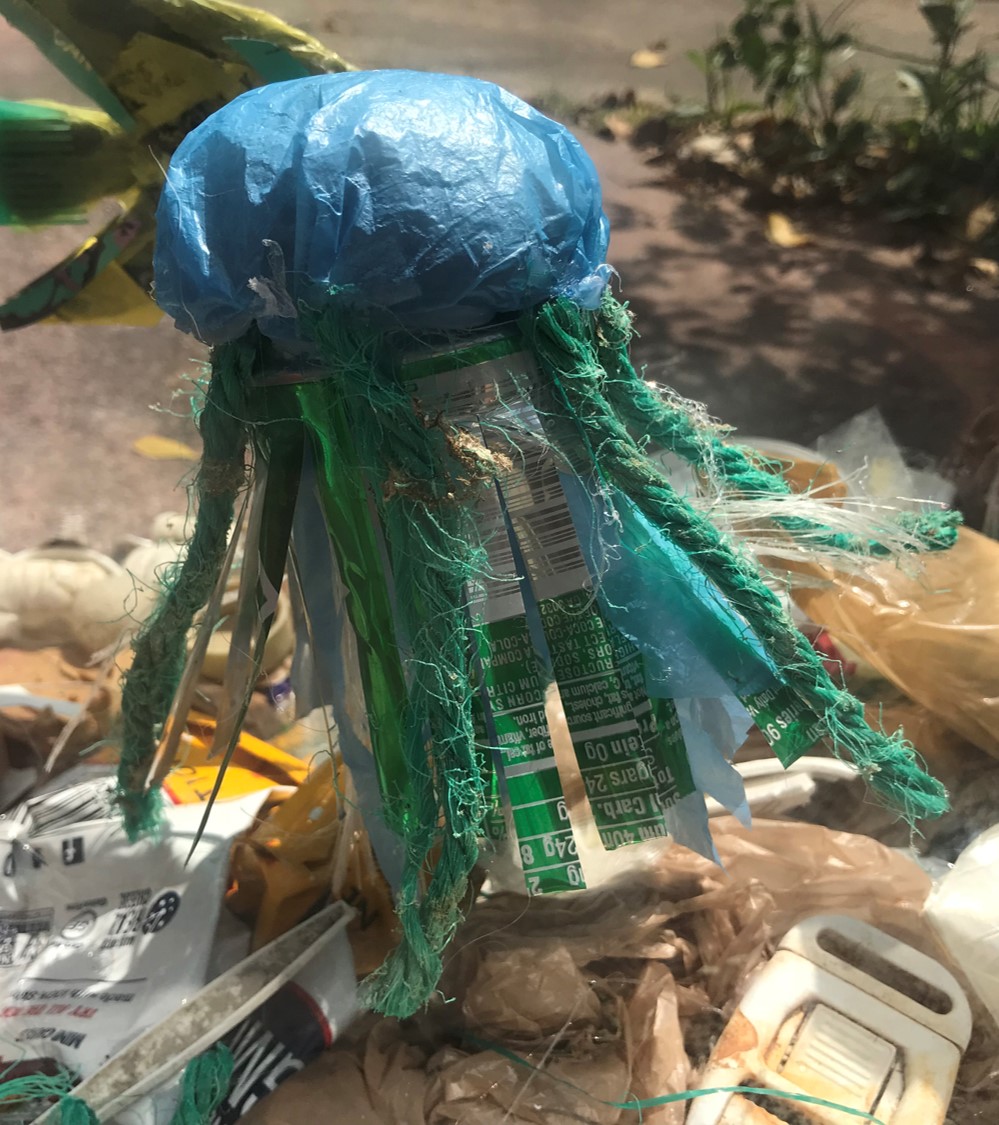 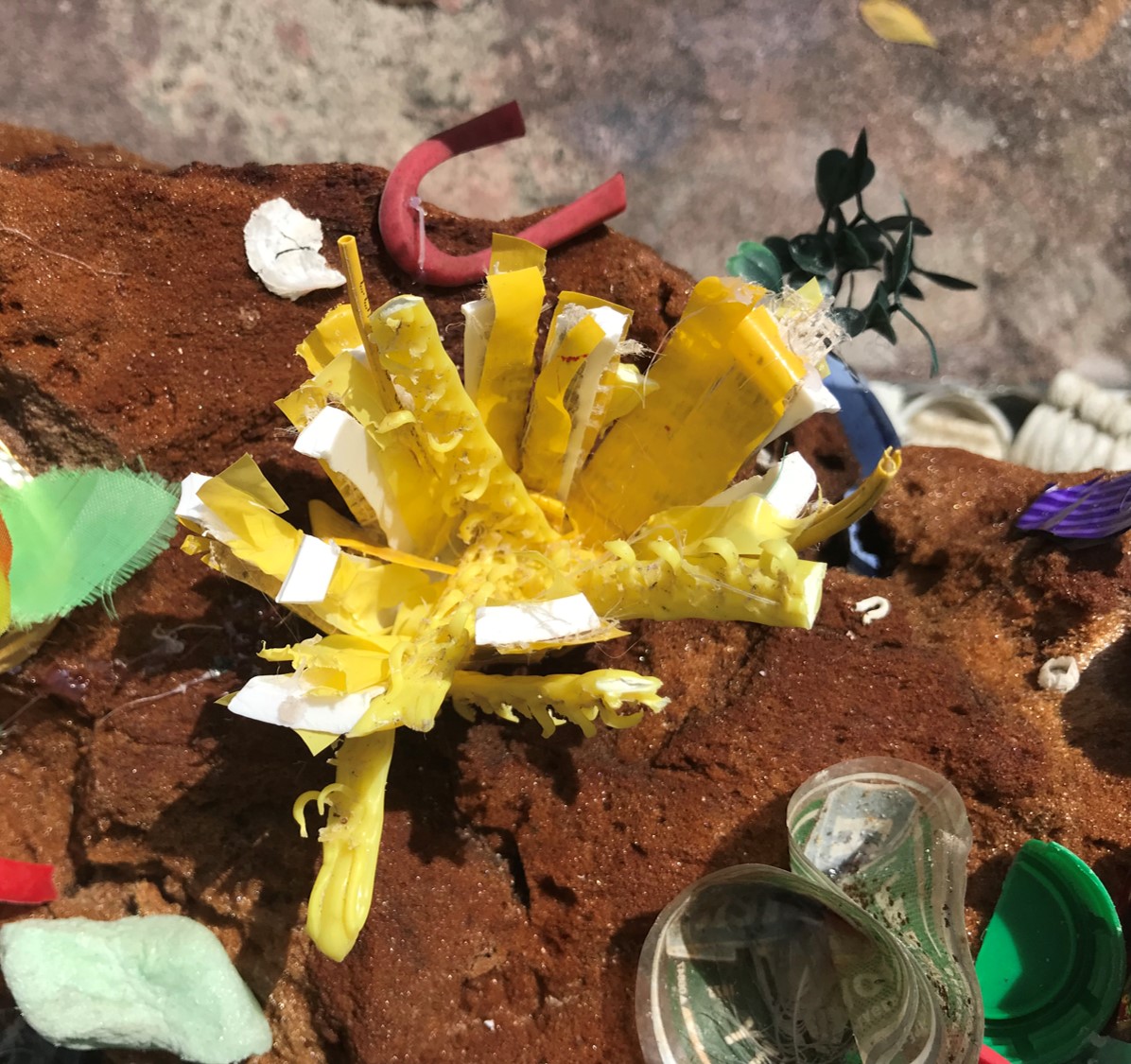 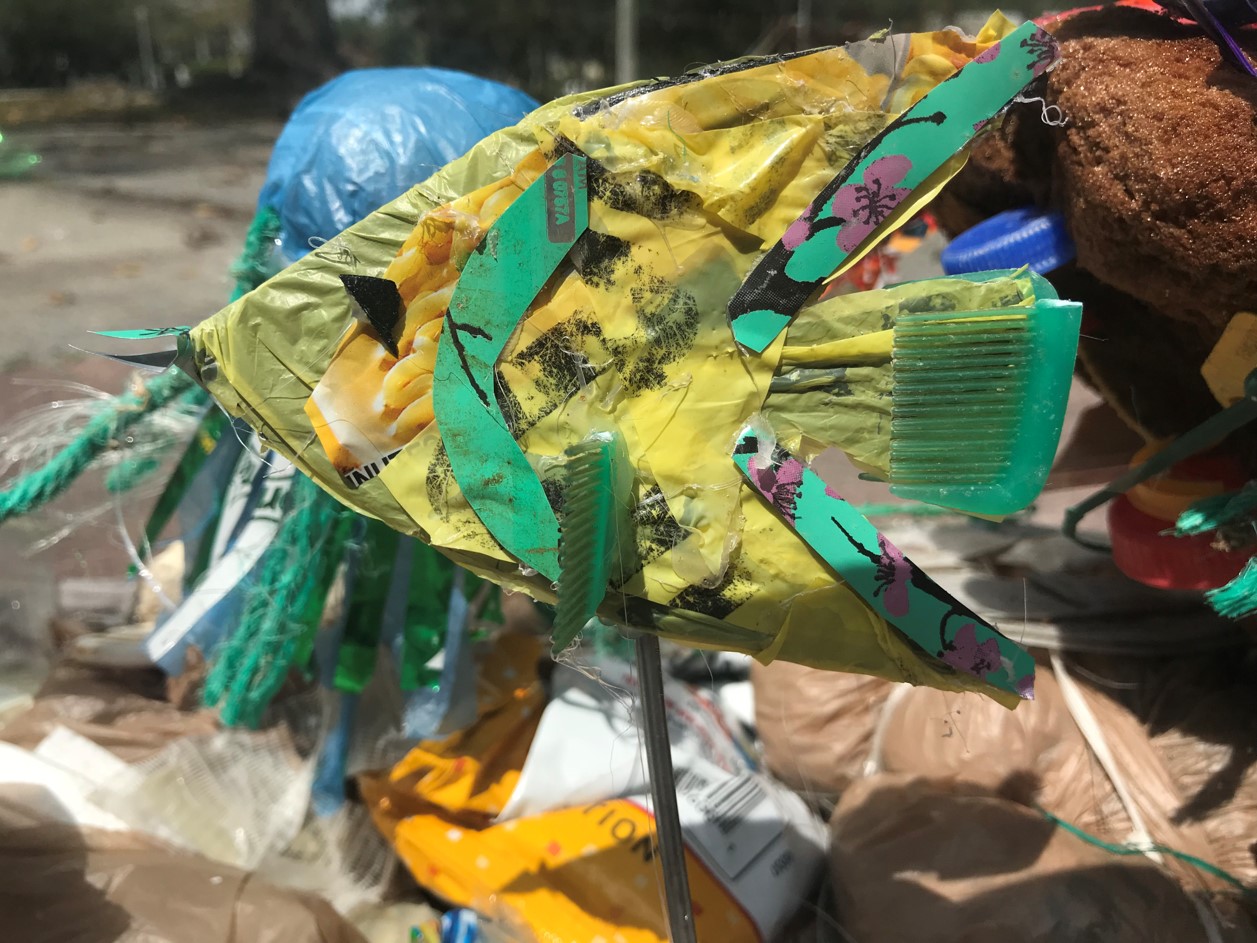