Legal settlement a win for Miami and our bay

“This settlement is a win for the environment and for local taxpayers, who are still on the hook for the Army Corps of Engineers’ mess. Our reefs and bay are ecological and aesthetic jewels, critical to our clean water economy and local culture. It’s a shame, and shameful, that we had to sue the federal government to get it to follow federal law.”

“Silverstein said that even bringing the Corps to the bargaining table was a victory.

“I’m proud and impressed that a tiny organization like us or the other plaintiffs can call on the Army Corps of Engineers, this behemoth of bureaucracy, and they have to appear down here and be held accountable,” she said, adding that the agreement was “an amazing outcome.”

We Filed for an Emergency Injunction Against U.S. Army Corps for Endangered Species Act Violations 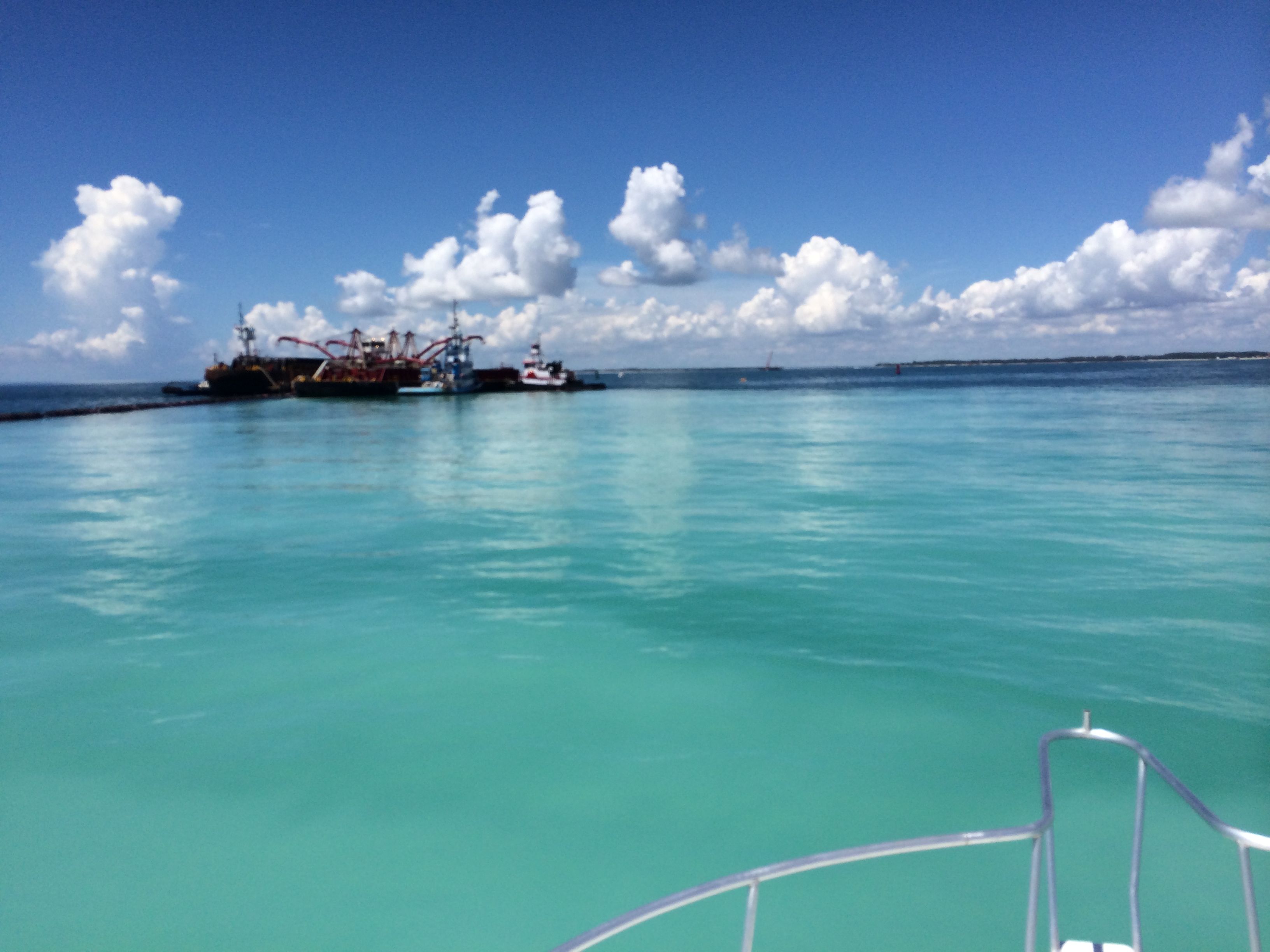 Sediments kicked up during the deep dredge project are reflecting light and making the water look milky or "turbid". These sediments are smothering our reefs.

Miami, FL (Oct. 6, 2014) - Biscayne Bay Waterkeeper, along with Captain Dan Kipnis, Miami-Dade Reef Guard Association, and Tropical Audubon Society, filed a complaint and a request for emergency injunctive relief this week in federal court against the U.S. Army Corps of Engineers, for violations of the Endangered Species Act (ESA) related to excessive sedimentation produced in the PortMiami Deep Dredge project.

In the meantime, a lawsuit threatened by the Biscayne Bay Waterkeeper environmental group and captain Dan Kipnis still looms. The group’s attorney, Jim Porter, said Wednesday they are keeping an eye on talks.

“We want give DEP and [NOAA] and the Corps every chance to get this worked out,” he said. “But if they’re unable to do so, then we’re prepared to go forward.”

“Our goal is not to stop the dredging but to ensure that the environment is protected and that everyone follows the rules set out when the project was started, and that’s not happening,” said Rachel Silverstein, executive director of Biscayne Bay Waterkeeper.

“So far, it seems the agencies are focused on trying to remedy the damage that’s been caused rather than prevent future damage,” Silverstein said.

Environmentalists said on Thursday they are prepared to sue the U.S. Army Corps of Engineers after researchers found dredging to deepen the port of Miami is burying coral and could destroy the surrounding marine ecosystem for years to come.

“All we’re asking for is that they follow state and federal law and they’re simply not doing that,” said Rachel Silverstein, executive director of the Biscayne Bay Waterkeeper, a local environmental advocacy group.

“The warning follows a similar complaint last month from the Biscayne Bay Waterkeeper watchdog group, which threatened to sue in September unless work is cleaned up…

Inspectors also discovered that large boulders placed in the channel to provide places for young coral to grow as part of a mitigation effort had crushed existing coral and sponges when they were dropped.

An artificial reef created to hold coral transplanted from the channel was dusted with a layer of sediment. Water had become so thick with silt and clay that it created “anoxic conditions” in which very little oxygen reached the bay bottom.”

Miami, FL - On July 16, 2014, Biscayne Bay Waterkeeper, Captain Dan Kipnis, Coral Morphologic, Miami-Dade Reef Guard Association, Sierra Club Miami Group, and Tropical Audubon Society, filed a citizens' notice of suit letter alleging that the U.S. Army Corps of Engineers violated the Endangered Species Act, in addition to several permit conditions by the Florida Department of Environmental Protection (DEP) during the PortMiami Deep Dredge project. In its letter, the environmental coalition identified a long list of violations, including that the Army Corps' contractors are not protecting threatened coral species, allowing excessive amounts of dredge sedimentation buildup on the reefs, not sufficiently monitoring sedimentation, and failing to move dredge ships away from corals that are exhibiting signs of injury or degradation.

“It’s extremely unique to have these corals so close to an urban area like Miami,” says Silverstein. “They’re coastline protection that’s critical for the city, especially with all the flooding in Miami.”

Check out this blog from Miami Waterkeeper!
Latest News
Home