FPL’s Turkey Point Plant has Problems, and now FPL wants it to run even longer

FPL’s Turkey Point nuclear plant is contaminating Biscayne National Park, the Biscayne Aquifer (our primary source of drinking water) and filling nearby wetlands with salt. Despite the myriad of environmental and safety problems with the plant, and while currently engaged in corrective action that may or may not work, Florida Power and Light (FPL) is now asking the US Nuclear Regulatory Commission to relicense these units. A license from the NRC would make Units 3 & 4 the oldest operating nuclear reactors in the United States and would allow them to operate until 2052 – giving them an unprecedented 80-year operating life! These reactors are already the hottest operating reactors in the U.S. and are the only reactors worldwide that use a cooling canal system rather than cooling towers. 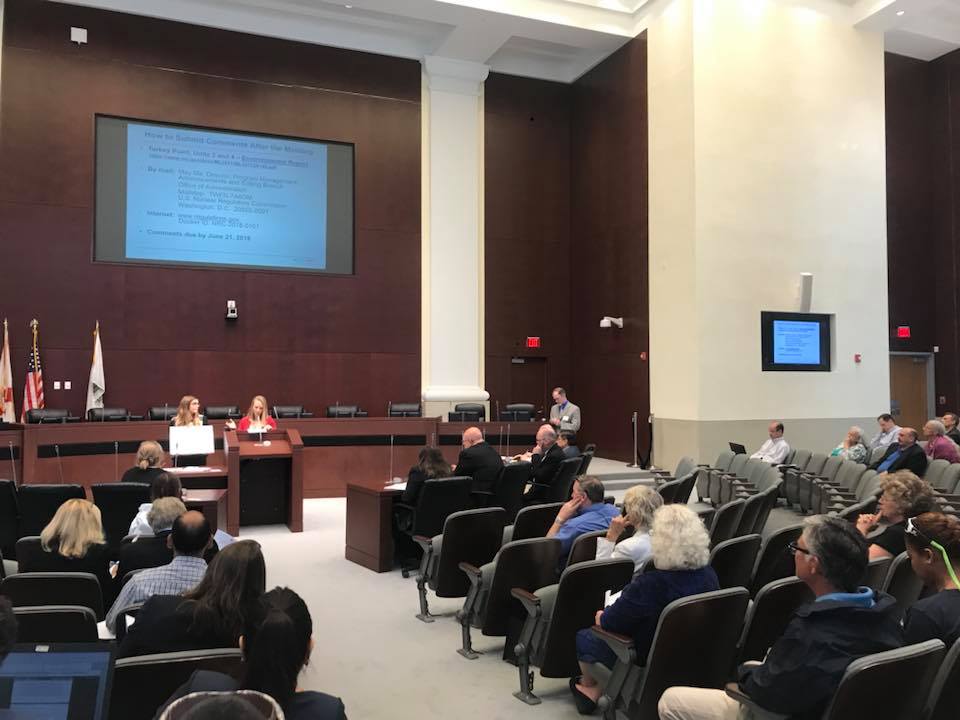 FPL has a history of failing to meet environmental standards at its Turkey Point plant and has been sending a plume of contamination into the groundwater around the plant for decades. Moving at more than a foot per day, this plume has now spread miles away from FPL’s property and is quickly approaching the drinking water wellfield for all of the Florida Keys.  The plant’s so-called “closed loop” cooling system was built to prevent high-temperature discharge from harming the Bay, but clearly the miles of unlined cooling canals do not successfully contain the water. Due to the porous nature of the limestone they rest on, and its ability to transmit water, environmental impacts still arise.

After a number of groups sued (and most settled), the County agreed to let FPL attempt to extract the plume through a series of wells on the western edge of the system. However, it’s highly uncertain whether these extraction wells are working, or are even hastening the spread.

In 2016, Miami-Dade County passed a resolution stating its preference for FPL to adopt cooling towers by 2032. Unfortunately, with the current relicensing, the reactors will continue to rely on the canal system until 2052, 20 years longer than what the County agreed upon.

These concerns coupled with the fact that FPL is not adequately considering sea level rise or storm surge in its environmental analysis. Located on a low-lying peninsula, Turkey Point Nuclear Plant is very susceptible to sea level rise and storm surge. Even under the most conservative projections, aspects of Turkey Point will be inundated by the year 2040. Impacts of the cooling canals will only be exacerbated by the addition of sea level rise. Site inundation will be more likely and saltwater intrusion into freshwater supplies will be accelerated, both increasing the likelihood of contaminants being transferred into surrounding areas. 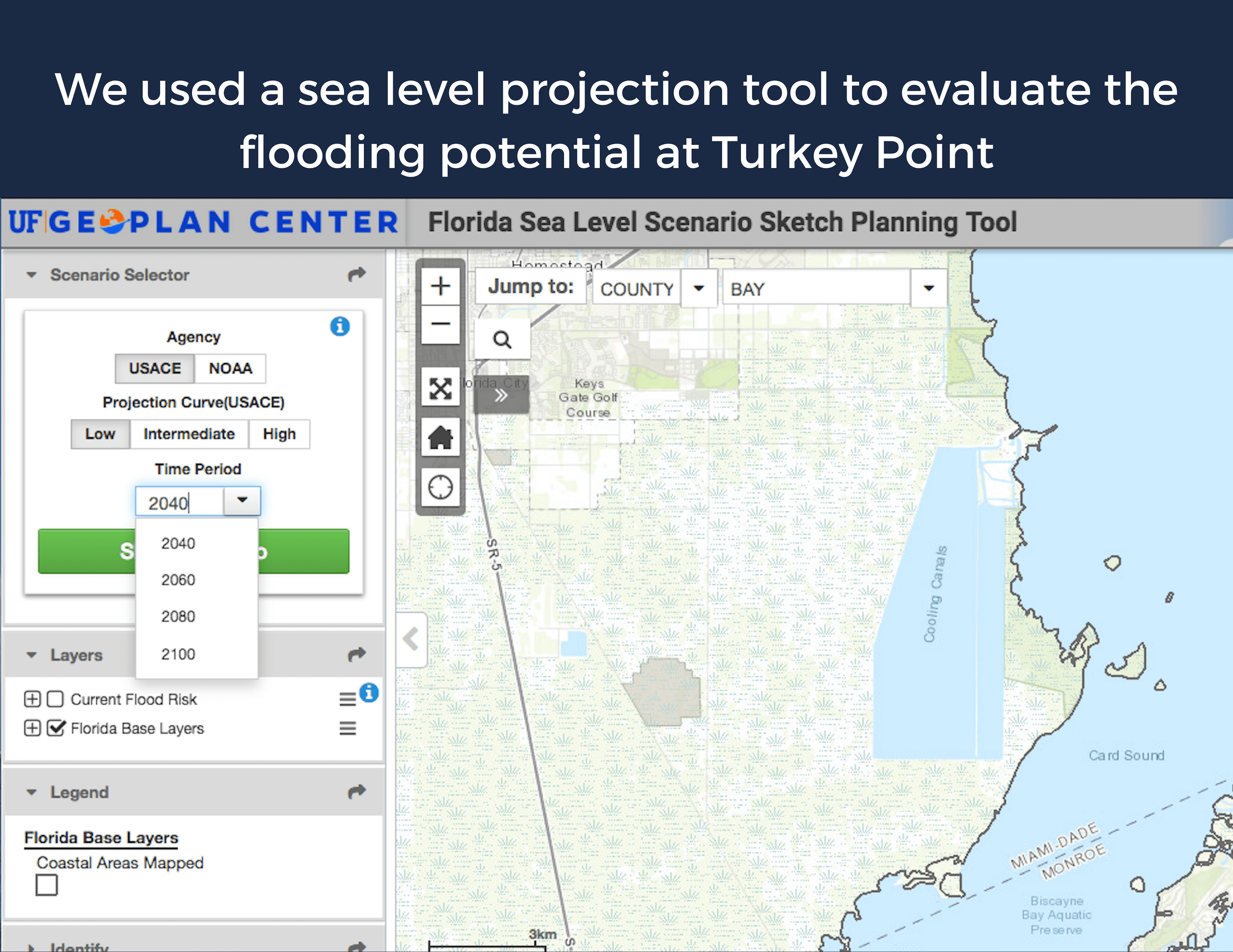 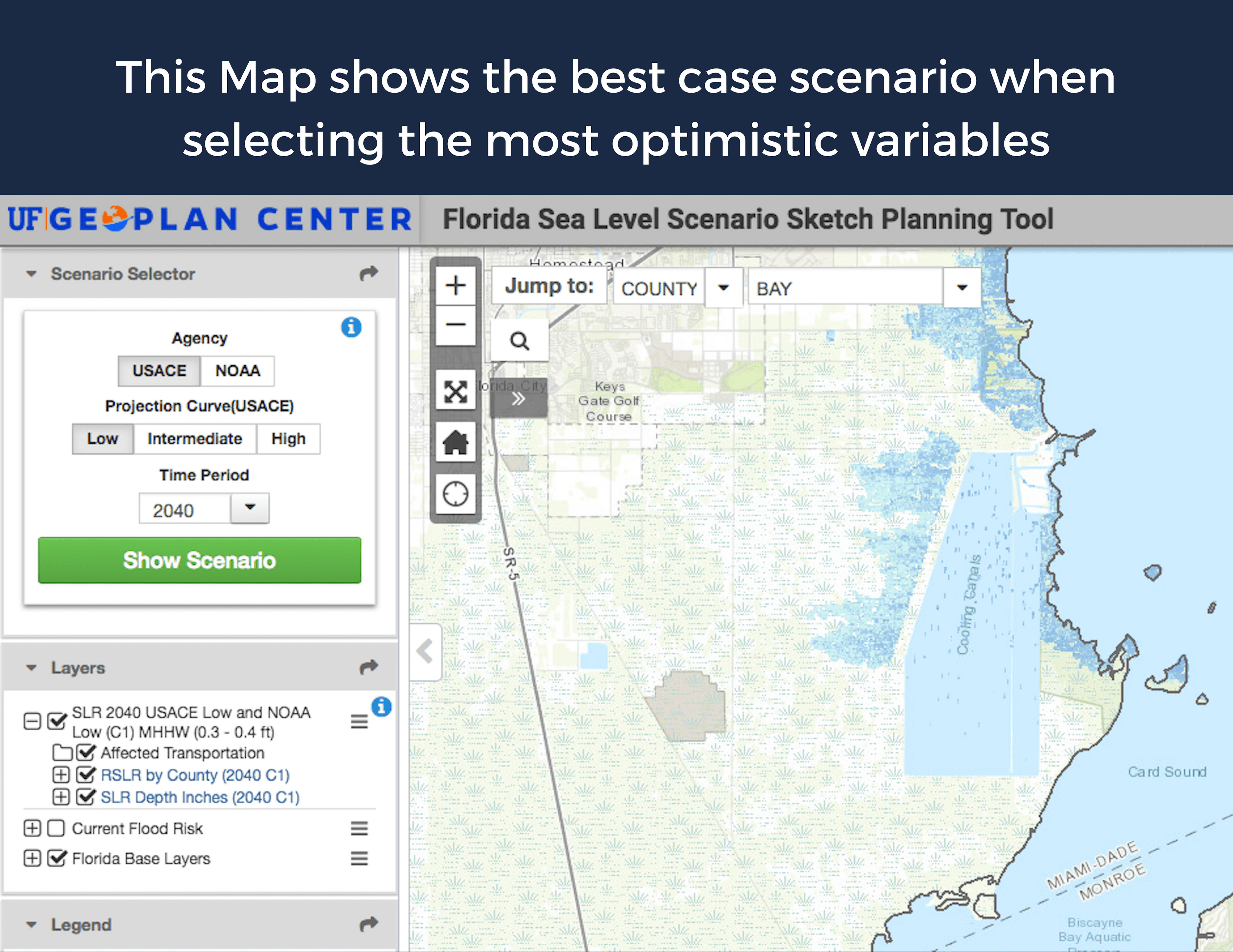 This nuclear plant is located in close proximity to many protected areas: multiple national parks, a wildlife refuge, a marine sanctuary, and the Biscayne Bay Aquatic Preserve. These areas are important not only for the other species that live there — twenty-one endangered or threatened species, over 600 species of fish and 200 of birds, and the longest stretch of mangrove shoreline on the eastern coast — but also for the nearby people. Visitors to this area create a major economic influx generated by visitors: nearly $183 million from the Biscayne and Everglades National Parks alone. It is a vital part of the fabric of South Florida.

The relicensing of units 3 and 4 is not the only destructive action the plant is currently taking. The county has promised to add treated wastewater to the canals in an effort to drop the salinity — and fulfill the state-mandated wastewater reuse requirements. If this water does not meet Biscayne Bay’s rigorous antidegradation standards this wastewater, however, could end up being even more detrimental than the problem it is attempting to solve.

We at Miami Waterkeeper believe that a nuclear reactor at the Turkey Point site is deeply inappropriate and presents a high risk for our community. We need to plan for a resilient future with a stable supply of safe, clean, and sustainable energy. While we oppose any relicensing, at a minimum FPL should take steps to mitigate existing environmental impacts and prepare for those to come. Namely, they must: terminate the discharge of polluted water through canals into Biscayne Bay (a violation of the law); halt and remediate the movement of the polluted, hypersaline plume; and incorporate science-based and widely accepted sea level rise projections into their planning process for this new multi-decade operation horizon.

To read the comments we submitted to the Nuclear Regulatory Commission outlining our concerns, click HERE.

To read our Request for a Hearing and Petition to Intervene in the Turkey Point Units 3 & 4 relicensing proceeding, click HERE.

To support Miami Waterkeeper’s efforts to provide safe and resilient energy infrastructure to our region, please consider making a contribution to our legal fund.