The Nuclear Regulatory Commission rubberstamped FPL's application for Turkey Point Nuclear Power Plant's subsequent license renewal today. Miami Waterkeeper and co-plaintiffs, Friends of the Earth and Natural Resources Defense Council, initiated a legal challenge on this proposed license renewal in August 2018. The matter is still on appeal before the Nuclear Regulatory Commission. However, the NRC issued a decision today that would provide a license to FPL to continue operating the reactors until the 2050s -- giving them an unprecedented 80-year life span and making them the oldest nuclear reactors in the world. 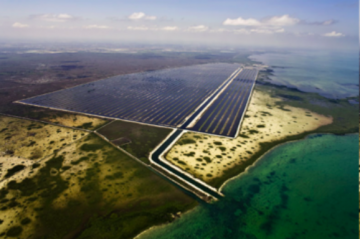 Why is this a problem?

Turkey Point has a long history of contamination. Specifically, the Cooling Canal System at Turkey Point has been actively polluting our groundwater aquifer and Biscayne Bay for many years. The canals are unlined and the hot, salty, nutrient-rich water from the cooling system is seeping downward and beyond the footprint of the plant itself. This hypersaline plume migrates at over a foot a day and presents a very real threat to our primary source of fresh drinking water -- the Biscayne Aquifer. The degraded conditions in the canals themselves also present a threat to listed species such as the American Crocodile. There is no real plan under this subsequent license renewal to address the pollution at its source.
Also, due to Turkey Point's geographic location, it is already highly susceptible to storm surge and flooding. Even the most conservative projections from the Army Corps of Engineers show chronic, daily sea-level rise related flooding at the site by the year 2040 -- 12 years before the predicted end of this new operating license. We feel that a subsequent license renewal for these plants to operate for an unprecedented 80 years is deeply inappropriate, presents a high risk for our community, and a continued threat to our natural resources. We are already behind in planning for a transition to a sustainable and resilient energy future for South Florida and the clock is ticking.

The NRC has requested an extension for review of our petition and they have not yet reached a decision on our appeal. We do not believe that the preliminary decision on the subsequent license renewal adequately considers environmental impacts. We plan to continue our efforts to ensure that the NRC takes a hard look at those impacts.
Read the full press release on the subsequent license renewal from the NRC HERE.