[A] 25-year-old photo of coral in the Cayman Islands ended up as evidence purporting to show reef recovery in Florida waters in a suit over damage to coral from dredging work in the Port of Miami. 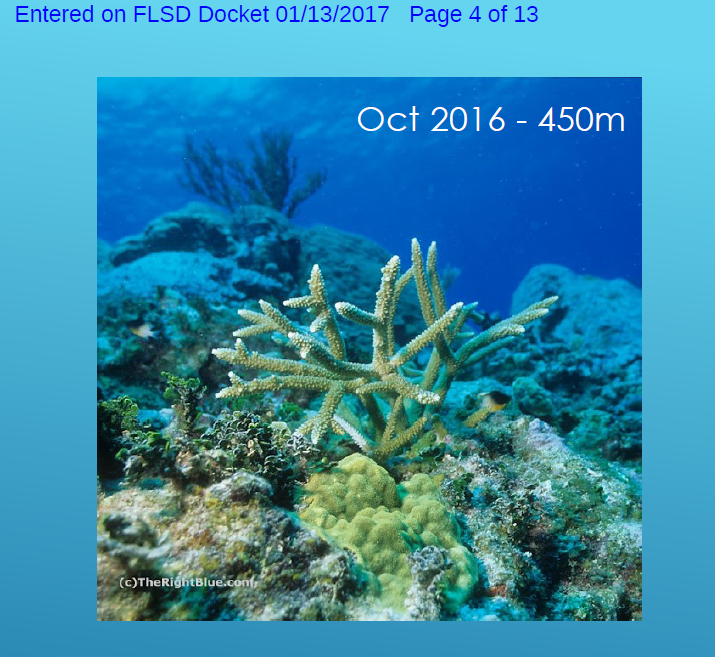 Stan Parker, Law360, New York (February 2, 2017, 7:35 PM EST) -- A Miami environmental advocacy group told a Florida federal judge Thursday that the Army Corps of Engineers never explained how a 25-year-old photo of coral in the Cayman Islands ended up as evidence purporting to show reef recovery in Florida waters in a suit over damage to coral from dredging work in the Port of Miami.

The allegation came as part of Miami-Dade Reef Guard Association’s efforts to pin the Corps with Endangered Species Act liability over the effects on staghorn coral from the Miami Harbor deepening project. The group said although the Corps withdrew the challenged evidence after it was confronted about it, the agency failed to explain itself or withdraw factual assertions based on the evidence.

The Corps in November asked the court for a summary judgment ruling ending allegations that the agency violated the ESA by not getting proper authorization from the National Marine Fisheries Service for disturbing more staghorn coral than originally planned. The Corps said the dredging project was completed in September 2015, so the conduct at the heart of Reef Guard’s challenge has been over with for more than a year.

But a photographer’s watermark on the corner of one of the pictures caught the group’s attention, and on further investigation it found that the picture was actually taken in 1992 in the Cayman Islands, even though the Corps tried to pass it off as a photo from 2016, 450 meters from the Miami Harbor Channel, according to Reef Guard.

Reef Guard said the Corps withdrew the evidence after the conservation group said something, but never gave the court a proper explanation for how the photo ended up in evidence.

“Rather than provide the court any explanation of what occurred and without providing Reef Guard with a verified explanation as plaintiff requested, the corps simply withdrew Exhibit A and submitted a ‘Corrected Reply,’” the group wrote. “The Corrected Reply, however, continues to repeat the same or similar factual assertions as the initial reply, but now without reference to Exhibit A or any other record evidence.”

The environmental group also criticized the Corps for asking the court to hold off on making a summary judgment ruling until the agency has a chance to put new facts into the record, urging the court to rule now on the evidence already in the record.

A representative for the Army Corps of Engineers did not respond to a request for comment sent after normal business hours Thursday.

The Corps is represented by its own Brooks Moore, Matthew B. Donaldson and Melanie Lauren Casner and by Mark Arthur Brown and Jeremy Hessler of the U.S. Department of Justice.